Girl lost in the woods, climbed out of it a month later 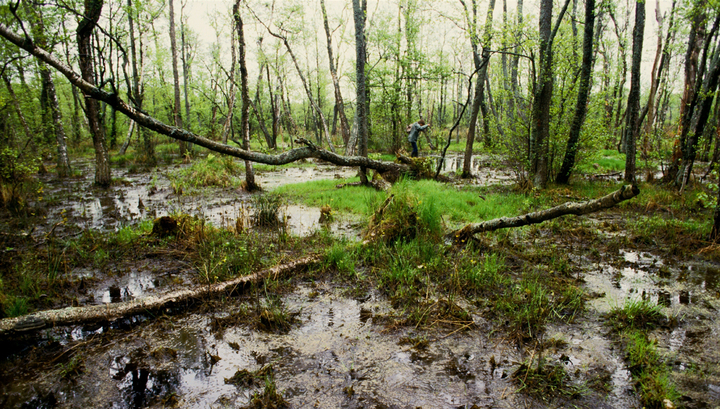 A resident of the Chelyabinsk region, missing almost a month ago after a trip to a barbecue with friends, returned home. According to her, all this time she lived in a hunting cabin and ate the local stocks of cereals and pasta.

As reported RIA Novosti, the mother of the woman addressed with the statement about the disappearance June 15. She reported that her 29-year-old daughter did not return from the trip on shish kebabs in the Verkhneuralsky district.

The police and FEMA were combing the woods in search of the missing, but to find her failed.

“The girl with friends went into the woods near the Suburban village of cook, and the next morning asked his friends to take her home, but they replied that I would go later. The girl decided to get out of the woods, but got lost,” he told police.

The girl told that she found deep in the woods hunting cabin and lived there. From starvation, but was saved left by hunters reserves and a well nearby. While the matches were not, therefore, cereals and pasta had soaked with cold water. According to her, she regularly tried to get out of the woods, but kept returning to the same place. Back home it helped encountered in forest berries.

Missing now feels normal and comes from the experience together with her parents and two year old daughter.