Glaciers have lost 9 trillion tons of ice – what are the consequences? 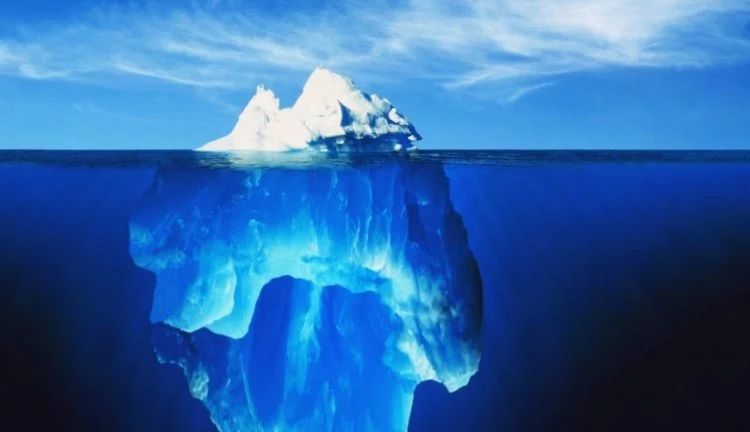 Because of global warming, glaciers are melting extremely quickly, but it was still very difficult to understand the extent of the loss of ice and the extent of the impact of melt water on global sea level. To appreciate all this, the researchers combined terrestrial observations with satellite data and found that from 1961 to 2016, the glaciers had lost a total of 9 trillion tons of ice, and this had a strong impact on the environment. Moreover, melting accelerates every year, so people should take measures to eliminate the consequences.

Researchers studied 19,000 glaciers in 19 regions of the world, assessing their thickness in different years. Of course, they did not run on the glaciers with measuring instruments – they used satellite data from the European Space Agency and the GlobGlacier project. Also at the disposal of scientists were topographic data on the landscape of certain regions – they were collected for many decades. 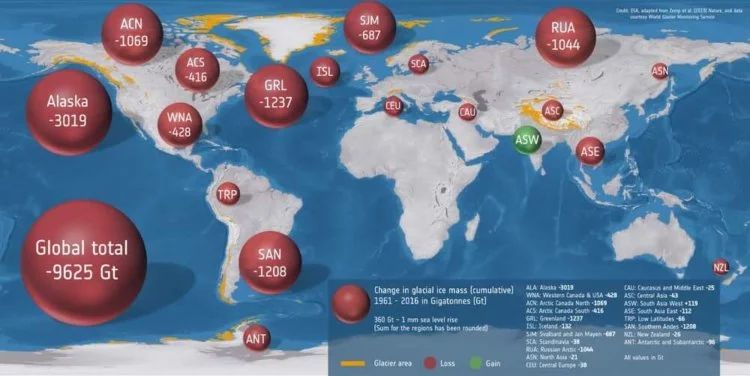 The map shows how many tons of ice each region has lost.

Ice was formed only in one of 19 regions – South-West Asia turned out to be with 119 billion tons of additional ice. Unfortunately, neighboring Southeast Asia negates this result, because at the same time it lost 112 tons.

Melt water has caused a marked rise in world ocean level. According to the calculations of the team, for half a century the level has risen by as much as 27 millimeters, and this process is accelerating every year. Researcher Michael Zemp announced that at the moment the Earth is losing about 335 billion tons of ice per year, which annually raises the sea level by 1 millimeter.

It is crucial for scientists to keep track of all these changes in order to create accurate climate models and to be prepared for possible natural disasters. These include, for example, floods and droughts.