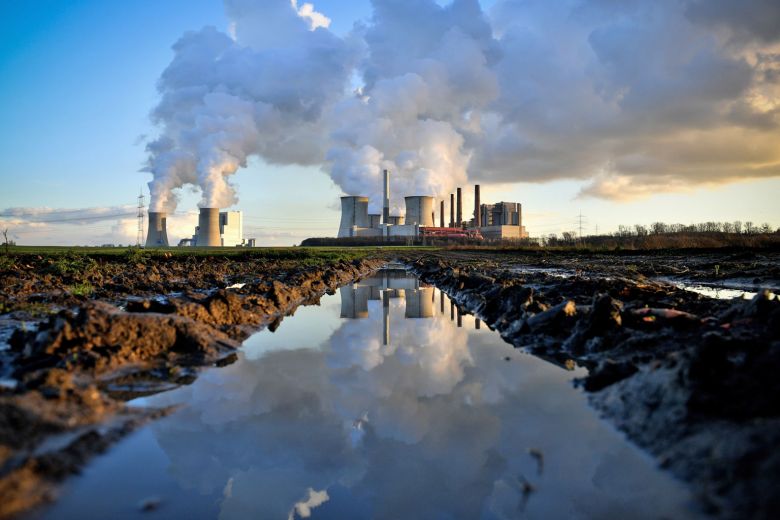 Despite all the measures taken to reduce the concentration of greenhouse gases in the atmosphere, global emissions of carbon dioxide from the combustion of fossil fuels will break the record this year. According to the non-profit organization Global Carbon Project, the level of CO2 produced by humanity this year will reach 37 billion tons.

In an article published in Environmental Research Letters, a team of scientists led by Rob Jackson of Stanford University analyzed trends in anthropogenic carbon dioxide production. Although the growth rate of emissions in 2019 was noticeably lower than in the previous two years, the amount of CO2 generated could increase significantly by 2030, if the world policy in the field of industrial and energy ecology does not change.

The authors of the article call the reduction in the growth rate of emissions “good news” for humanity. This year, CO2 emissions from burning fossil fuels will increase by only 0.9% compared with the previous one. In 2018 and 2017, this indicator was 2.1% and 1.5%, respectively.

Another positive trend is a sharp decline in coal production and use in the USA and European countries. Thus, in the United States, coal consumption decreased by 11% compared to last year, and by half compared to the record year 2005. In the EU, coal demand for the year fell by 10%. 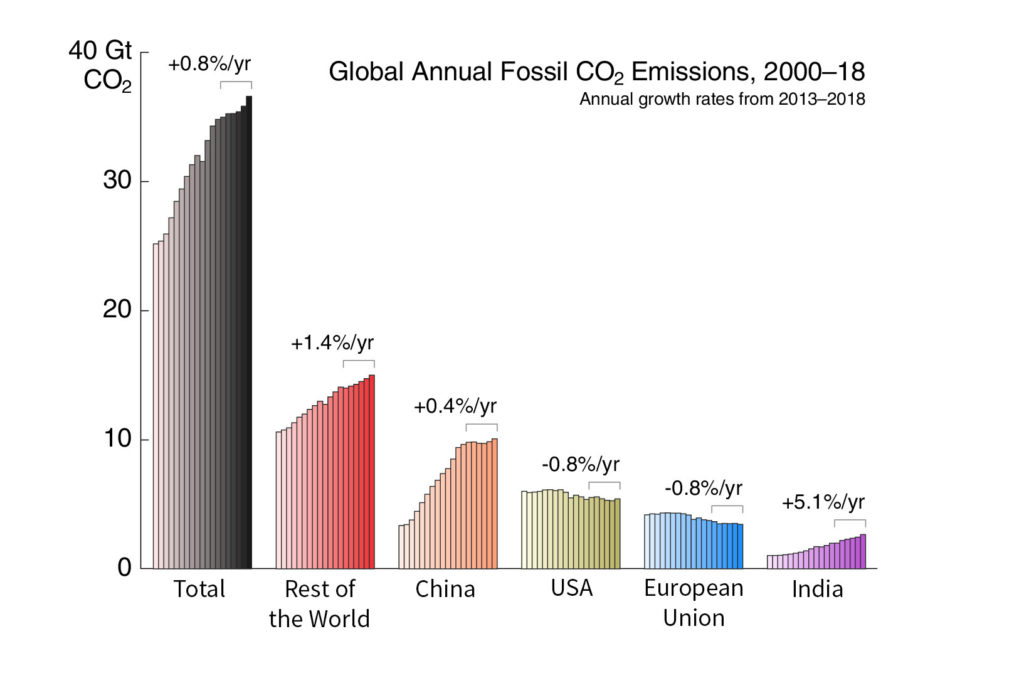 This, however, is offset by increasing consumption of oil and gas. Natural gas as a whole is considered to be less harmful to the environment than coal and oil products – many experts even consider it a “transitional stage” on the path to green energy. However, due to increased supplies and lower prices, the use of natural gas increased sharply, which led to an increase in carbon emissions from the use of this fuel in 2019 by 2.6 percent.

Despite the development of green energy and green technologies, emissions in the first world countries remain disproportionately high. So, if the world average is 4.8 tons of gas emissions per person, then, for example, per one resident of the United States – three and a half times more. This complicates the overall picture, because in developing countries there is a boom in the development of air transportation and transport on internal combustion engines.

Scientists urge world governments and large corporations to pay more attention to cleaning up harmful emissions, developing electric vehicles, managing energy efficiently and switching to renewable sources. In the near future, these measures will help not only to slow the growth rate of CO2 emissions, but also to achieve its sustainable reduction.