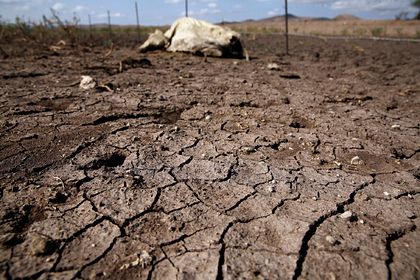 Scientists have presented a study according to which the southern hemisphere of the Earth will face longer and more severe droughts in the future. They estimate that annual rainfall could drop by 30 percent from current levels. The press release of the article, published in Scientific Reports, is posted on Phys.org.

Under a feasible climate change scenario, between 2050 and the end of the century, global average temperatures will rise three degrees Celsius above pre-industrial levels if carbon emissions are not reduced. A similar pattern was observed in the mid-Pliocene three million years ago, when atmospheric carbon dioxide levels were 400 ppm and sea surface temperatures at high latitudes were nine degrees warmer in the Northern Hemisphere and four degrees in the Southern Hemisphere.

Modeling results predict that in this case, there will be noticeable changes in the amount of summer precipitation in the subtropical belt compared to pre-industrial levels (1850s of the XX century). As a result, the tropics and subtropics of the Southern Hemisphere will be subject to catastrophic droughts.

According to a report published in July by the World Meteorological Organization (WMO), the average global temperature could rise by more than 1.5 degrees Celsius above pre-industrial levels by 2024, much earlier than scientists anticipated. In the next five years, large-scale floods and droughts threaten various regions of the Earth.