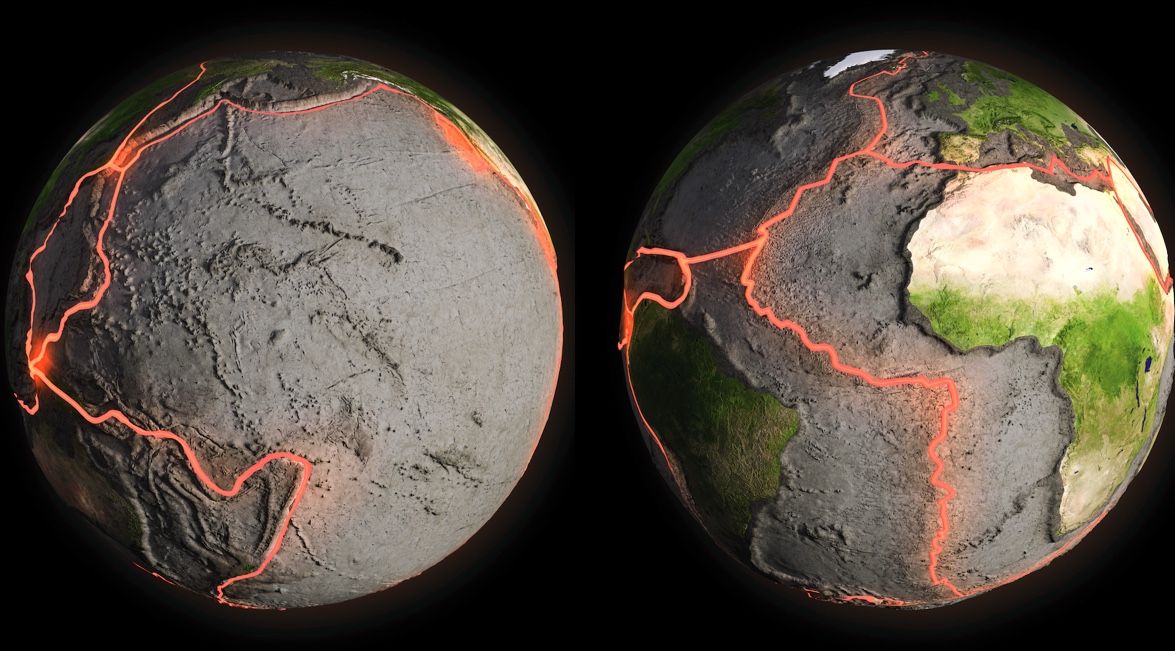 Glacings serve as powerful erosion factors and fill the ocean with a mass of sedimentary rocks that facilitate the movement of lithospheric plates as an effective lubricant.

The life of our planet is determined by plate tectonics. The mighty movement of solid platforms of the lithosphere, slowly floating on molten magma, creates continents and oceans, raises mountains and directs currents. However, it did not start right away; the first 1-1.5 billion years after the formation of the Earth was too red-hot, its lithosphere had not yet managed to harden. Only about 3.5 billion years ago, the planet cooled enough, and about three billion years ago the first continents appeared on it.

However, hard crust itself is not enough for tectonic movements; on Mars, for example, they do not occur. Geologists write about another important component that launched the movement of the Earth’s lithosphere in a new article published in the journal Nature. Stephan Sobolev from the Potsdam Center for Earth Sciences and Michael Brown from the University of Maryland pay attention to the “lube oil” that facilitates plate movement. This role could play a huge amount of sediment carried away from the first continents by the first glaciers.

In fact, the movements of lithospheric plates are variable over time. Scientists have shown that at least three known periods of global icing in the past could intensify tectonics – and, conversely, the long break between glaciations was reflected in its noticeable slowdown between 1.8 billion and 800 million years ago. It is possible that the huge masses of sedimentary rocks that are brought in by the movement of glaciers serve as natural lubricant, which facilitates the immersion of some plates under others (subduction) and allows tectonic movements to occur faster.

According to the authors’ calculations, the Earth experienced three such periods of fast tectonics – about 2.8 billion years, 2.3 billion and 750 million years ago. Each of them is associated with glaciers, intense land erosion, and large volumes of sedimentary rocks being carried into the ocean. The last period correlates with the largest in the history of the planet cryogenic glaciation, the epoch of the “Snow-ground”; the previous one is with the global Huron glaciation; the first one – with the Pongol glaciation at the end of the Archean, when the first snow appeared on Earth, rather than snow and ice brought from space.