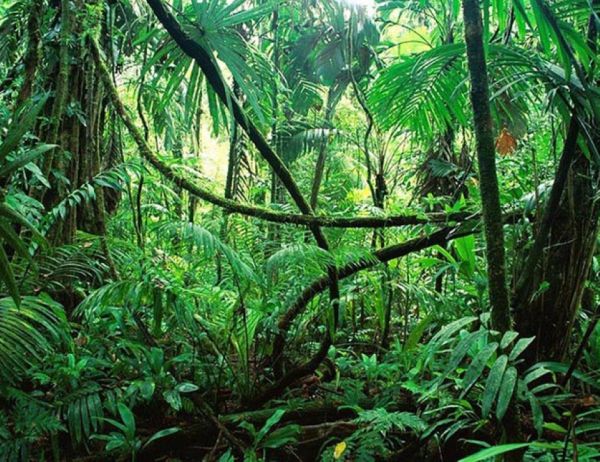 An international team of scientists has developed a new way to track rainforest vulnerability using satellite data. Their Tropical Forest Vulnerability Index (TFVI) will help prevent deforestation in the most threatened areas and take timely action to protect nature. The article was published in One Earth magazine.

“Frequent droughts and rising temperatures, as well as deforestation and tree destruction over the past two decades, pose a major threat to rainforests,” said study co-author Sasan Saatchi of NASA’s Jet Propulsion Laboratory. “In our work, we have used satellite observations over the past ten years to identify critical moments after which reforestation will no longer be possible. This can help policymakers plan for the conservation and restoration of these forests. ”

Previous methods for assessing forest vulnerability were based on local research and could not be extended to the entire globe. To solve this problem, scientists have developed a universal rainforest vulnerability index that can be calculated for any place on the planet, based on observations of the climate of vegetation from satellites. The index is updated monthly, allowing researchers to identify and track areas of increased vulnerability before it’s too late.

In addition, scientists have found that the tropics in different parts of the planet respond differently to climate threats. For example, forests in the Americas are more vulnerable to climate change than forests in Africa. In Asia, the main threats to forests are land use and fragmentation. Moreover, forests react differently to external factors. For example, forests in the Amazon basin show vulnerability to arid conditions and land use. In contrast, the Congo Basin is resistant to drought and human action. Researchers have also found a strong relationship between climate, land use and biodiversity, which determines the sustainability of forests. Overall, the vulnerability of rainforests is much higher than previously thought. In addition, forests that have fallen into the human zone are more affected by drought and climate warming.

“The findings show that the vulnerability of tropical forests is much higher than predicted in the past, and that disturbed or fragmented areas have little resistance to warming and drought. In addition, the results of our research show that rainforests are losing their ability to participate in the carbon and water cycle, as before. This is happening slowly on a continental scale and rapidly on a regional scale, with significant implications for global carbon sequestration and climate, ”commented Sasan Saatchi.