Global warming does not depend on human activity 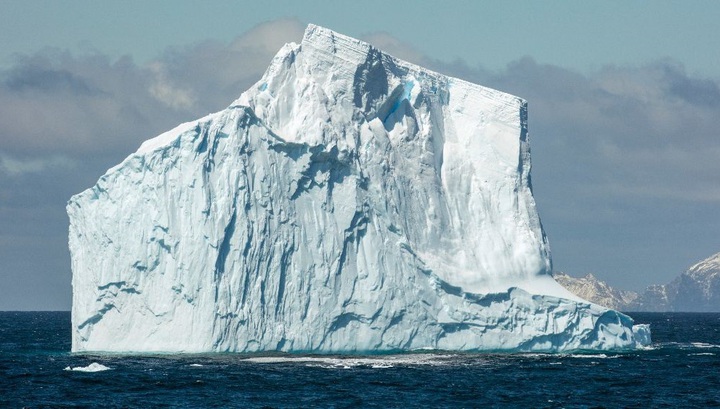 When an opinion appears in the scientific community that runs counter to an established theory, it is destined to go through a difficult path of recognition by the “world’s leading scientists” by “respected colleagues”.

So a couple of Australian researchers decided to shake the consensus reached with great difficulty among scientists in the issue of global warming. It was not without artificial intelligence.

So, to date, most experts agreed that the main role in global climate change is played by anthropogenic emissions of carbon dioxide into the atmosphere. But the biologist and prominent public figure Jennifer Marohasy, in collaboration with the scientist-programmer John Abbot, studying the question, got to the source and said that the hard-worked out common position is based on the erroneous base that was brought in more Centuries ago.

In 1896 Swedish physicist and chemist Svante Arrhenius calculated the absorption coefficients of infrared radiation by water vapor and carbon dioxide in the atmosphere, as well as changes in the Earth’s temperature with variations in the concentration of carbon dioxide. This data is largely based on the modern theory of greenhouse gases and their impact on climate. Doubt in Marokhashi and Abbott caused exactly the sensitivity of temperature to the content of carbon dioxide in the atmosphere. Researchers are sure that it was overestimated.

For this reason, they began to collect data from a wide variety of scientific papers that could help in drawing up an accurate graph of temperature changes on Earth over the past two thousand years. Among them were data obtained from annual tree rings (this method, by the way, is now considered to be one of the most accurate methods of dating), as well as sections of coral reefs.

All information was processed with the help of artificial intelligence by the method of in-depth training. This is the same method that uses artificial neural networks to analyze a variety of patterns, and then offers its predictions. To form templates, information was used on the temperatures of the late Holocene (the last 12 thousand years) until 1830.

“We believed that if we succeed in applying the latest methods of data mining to simulate natural cycles of warming and cooling, in particular to predict temperatures in the twentieth century with the conditional absence of an industrial revolution, then the difference between the actual temperatures and the forecast will give a clear assessment of the human contribution to the global Warming, – says Marokhasi in his blog.

In the end, artificial intelligence gave out the forecast for a global temperature rise in the twentieth century without industrialization. And it almost did not differ from really fixed indicators. In other words, according to the described data, an increase in the content of carbon dioxide in the atmosphere did not have a significant effect on the overall picture of the temperature changes on our planet.

Researchers also note that in the history of weather observations there was a time called the Medieval warm period. He fell on the gap between 986 and 1234 years of our era. According to modern estimates, the temperatures then approximately reached the levels observed today. How to know, maybe now the recession is not far off.

Also, Australian scientists note that in their forecast there is a slowdown in the average rate of global change after 1980. Similar data exist in the works of other researchers, but they are not well explained.

Whether Marohasi and Abbott are right or wrong in their belief in the natural causes of global warming, time will certainly tell. Most likely, they will have to discuss their results with the scientific community, which will probably want to check and double-check the bold conclusions of the Australians.