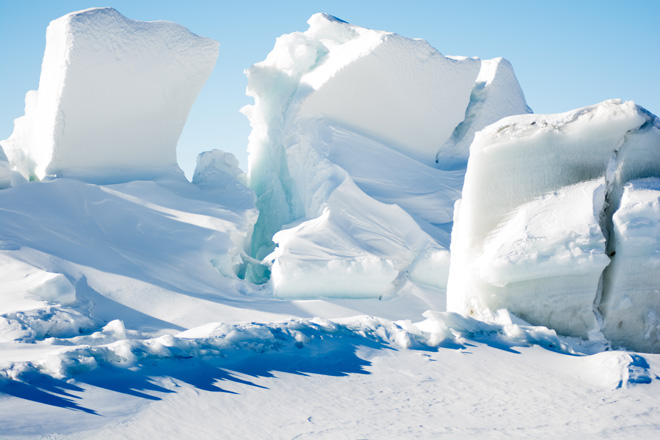 During diving under the Antarctic ice shelf in the Ross Sea, scientists discovered unexpected changes in the ecosystem of the seabed compared to previous studies in the same region. According to the researchers, the reason lies in the thinning of ice caused by global warming.

In just a few years, coastal communities have undergone major changes, “said Patrick Degerman, one of three Finnish researchers who, along with six colleagues from New Zealand, camped on a shelf glacier in the New Harbor area of ​​the Ross Sea.

“A few days ago, two scientists made the first ice dive this year and were surprised to note that life on the seabed has changed dramatically since their last visit in 2009,” Degerman wrote on the Facebook page of the expedition entitled Science Under the Ice.

During the six-week expedition, team members regularly update the page, adding messages, photos and videos about their work on the surface and under the ice. The first observations of divers show that the changes can be rapid even in Antarctica, where, as expected, everything will be very slow because of the low temperature.

The seafloor beneath Antarctica ice shelves is usually in total darkness and devoid of much of the sea snow consisting of phytoplankton and other biological material that falls from the upper layers where sunlight penetrates.

Although the depth of the dive sites is only 20 m, the rare life found there resembles the one in the deepest places, and consists mainly of such organisms as deep-sea sponges, sea stars, ophiuroids and sea cucumbers. Previously, a scanty animal community, living on the seabed under a thick layer of ice, has now become much richer and more diverse.

Researchers believe that changes in the ecosystem of the seabed observed on the site in New Harbor are likely the result of the thinning of sea ice, which lets in more light, and sometimes splits during the Antarctic summer.

“Sea ice in this area can last for years and grow to 4.5 m. When the ice is thick, very little light penetrates through it, feeding the initial links of the chain (for example, algae), and therefore the supply of animals with food on the seabed is limited,” – explains Degerman.

“The community’s current prosperity is most likely the result of its rapid response to the state of sea ice that has been thinning and breaking for two years in a row, providing easier and higher productivity in the ecosystem. At present, the ice thickness is about 3 m. ”

In addition to scientific research, the team also records their work using five cameras that shoot 360 ° video. It will be available after processing at the beginning of next year.