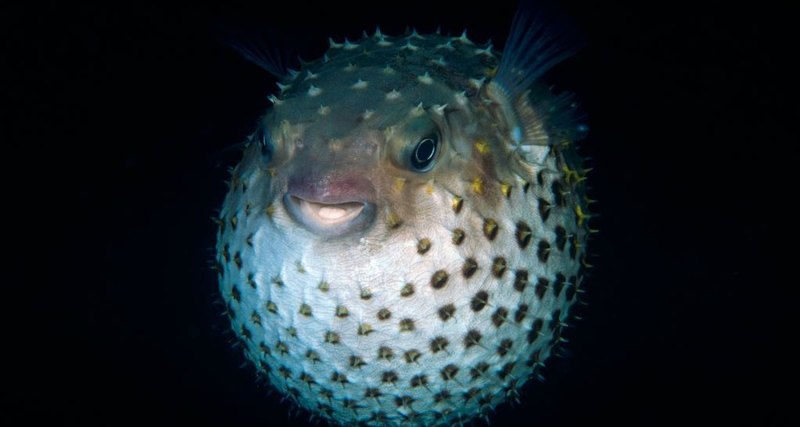 Puffers are not only very unusual fish, but also a rather valuable delicacy. Only cooks with a special license are allowed to cook them, however, due to the appearance of mutant fish, many will soon have to reconsider their gastronomic preferences.

Puffer fish living in Japan – one of the most expensive and delicious delicacies in the world. One kilogram of such fish can cost up to 30,000 yen, but if it is cooked incorrectly, the treat can turn into poisoning. Alas, according to scientists, such cases will now occur much more often than before, and the blame is global warming.

Science is known for 50 species of puffer fish. Only 22 of them, according to the law, can be eaten, and only cooks who have completed a special training course and have received a license are allowed to cook them. Nevertheless, even long-term practice is powerless. Hiroshi Takahashi, an associate professor at the National University of Fisheries, noted that over the past six years, hybrid mutant fry are becoming more common. The reason for this is simple: due to the global increase in temperature, the World Ocean is warming up, leading to changes at all levels of the oceanic biocenosis, from corals and tiny photosynthesizing plankton to large fish.

Some of the fugu fish, known as T. stictonotus, as a result were forced to go to the northern waters. There they were waited by “cousins” -T. snyderi. Together, these two species mated and created new species of fish. But what is so catastrophic about it? In nature, such migration is completely natural. However, the point is that the average concentration of toxic substances in the body of these fish differs – which means they need to be prepared differently. If the cook makes a mistake and takes the hybrid for a particular breed, then the probability of death after such a “delicacy” is extremely high.

In addition, as we wrote earlier, global warming provokes an unprecedented increase in the number of microscopic green algae with an unusually high level of organic toxins in the body. Fish eat algae, a person eats fish – and so even the meat of ordinary cod can cause serious poisoning. Over the past few years, this is happening more and more often and, alas, scientists have not yet found effective countermeasures.