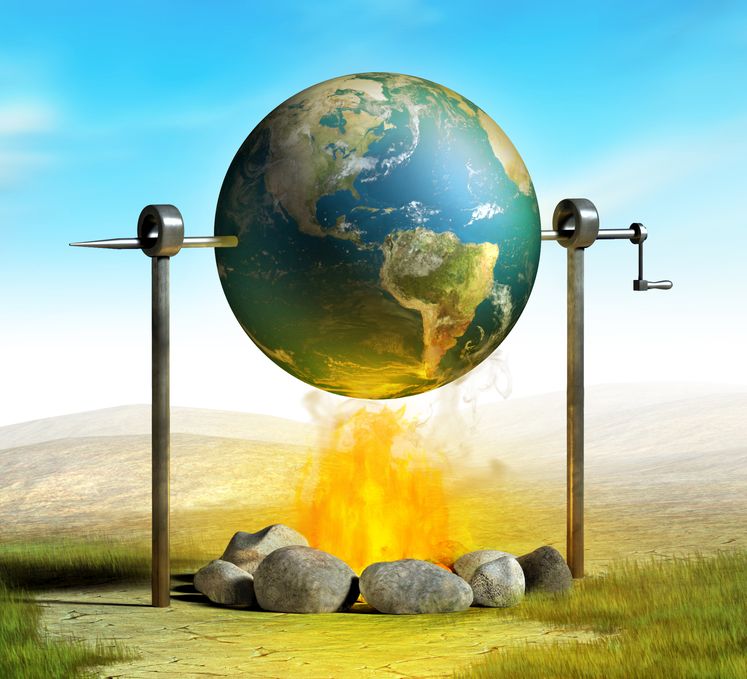 The extinction caused by global warming may acquire a “domino effect,” and all life on Earth will disappear, the researchers warn.

No organism on the planet exists by itself. Species are linked in food chains and depend on each other. The disappearance of insects will be fatal for the plants they pollinate, without herbivores predators will not be able to survive, and so on.

Scientists estimate that increasing the average temperature by only 5-6 degrees will be enough to destroy most of the living organisms. Meanwhile, according to climatologists, our planet will warm up by the end of this century, if the rate of greenhouse gas emissions does not decrease.

A group of researchers from Italy and Australia have created about 2,000 computer simulations that recreate the connection between animals and plants, the Daily Mail reports.

Then they exposed these virtual worlds to various cataclysms. The catastrophes imitated not only global warming, but also the “nuclear winter”, as well as the impact of the asteroid.

The result was disappointing – life could not stand. Extreme stress led to the destruction of ecosystems, and even the most undemanding species could not adapt to this.

The authors of the study claim that now the rate of extinction is underestimated about ten times. Futurologists who do not take into account the “domino effect” create an overly optimistic picture of the future.