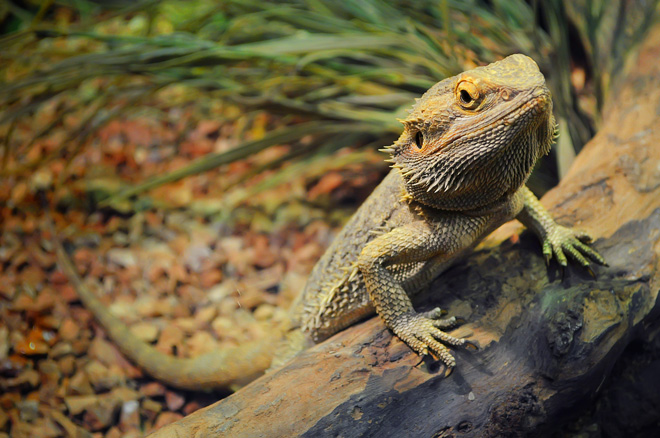 Bearded agamas, or dragons, popular as pets, are surprisingly smart reptiles. However, a new study shows that their mental abilities may be at stake because of global warming.

To study the effect of heat on lizard intelligence, scientists from the University of Lincoln incubated one egg laying at an elevated temperature of 30 ° C and the other at a more normal 27 ° C. After the young dragons hatched from eggs, they continued to grow under similar conditions.

About a year later, when the lizards became old enough, their intelligence was tested using methods commonly used to assess the social intelligence of animals, that is, their ability to learn from others.

Lizards were shown videos of other individuals of their kind opening a sliding door. Then the scientists checked to see if they could imitate the observed behavior in order to receive a reward. As a result, the agamas incubated at a higher temperature had less success in opening the door and it took them much longer.

In recent years, more and more studies have shown that reptiles are far from stupid animals, as traditionally believed. It was found that turtles outnumber rats in finding a labyrinth outlet, and lizards are able to solve complex problems. However, climate change can adversely affect their intelligence and survival in the wild.