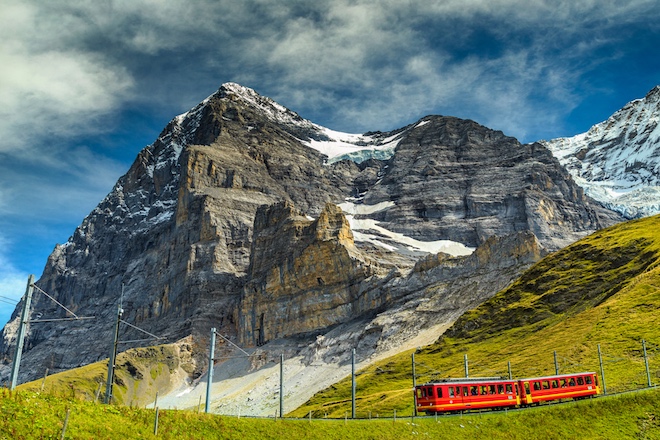 Climate change is already having a tangible effect on the welfare of EU countries. To such conclusion experts of the European Agency for environment: a new study the organization released last week. As scientists have found, recently in Europe significantly increased the manifestations of extreme weather: intense heat waves, floods, storms, periods of drought. Its main task Agency experts believe the development of a strategy for adaptation to climate change and mitigation.

Long-term data indicate changes in the distribution of precipitation in Europe: arid regions are becoming more arid, and in regions with rainy weather, precipitation falls more often. The glacier and snow cover decreases. The simulation allows to conclude that in the near future extreme weather events will become more frequent. “Climate change will continue for many decades. — said the Executive Director of the European environment Agency Hans Bruyninckx. — The scale of future changes depends on how effectively we will comply with international agreements to reduce greenhouse gas emissions.”

Climate change affects all regions of Europe, however for some areas the consequences could be more tragic. Such hot spots include South and South-East Europe. Today, these regions are experiencing long periods of extreme drought, threatening forest fires, lower yields and biodiversity. An increase in the frequency of vol heat can result in the spread of temperature-sensitive infections, which will pose a risk to the health of millions of people.

Coastal areas of Western Europe are also risk areas because of the threat of storms and floods. In addition, global warming is the main cause of such changes on marine ecosystems as acidification of the oceans and the appearance in it of “dead zones” deprived of oxygen.

In North Europe, global warming could bring positive changes, such as creating conditions for the development of agriculture. However, most of the European territory will receive more harm than good.

Risks to the health, economy and environment

Negatively affected by global warming and many protected conservation area of Europe, and the whole animal world. Many animals and plants to migrate in nontraditional Northern regions, and in their place come new. For example, many commercially important species migrate to the North that affects the catches and the economy in some regions.

The most dangerous effects of global warming experts attribute the proliferation of thermophilic infections. In addition, heat waves have already caused the deaths of tens of thousands of people. Without purposeful action by all countries, this trend will only get worse. The spread of such dangerous vectors, such as mosquitoes of the species “Asian tiger”, faces more frequent manifestation of Lyme disease, encephalitis, West Nile fever and dengue fever, and leishmaniasis.

The doctrine correctly suggest to estimate the economic losses from global warming. In the period since 1980, economic losses in Europe, directly related to climate change amounted to more than € 400 billion. The highest financial losses in the near future threaten the Mediterranean.

Despite the fact that Europe has made tremendous efforts to mitigate the effects of global warming and adaptation to it, a lot can be improved, scientists made a conclusion. For example, more research could be conducted to assess risks at different levels.

A study of the European Agency for the environment was held jointly with the world health organization, the joint research centre of the European Commission and the European centre for prevention and control of diseases.