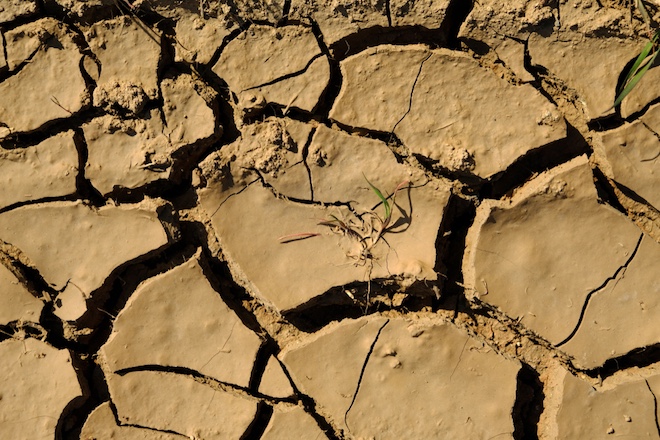 According to the forecasts of an international group of scientists, global warming in the future will make droughts in Europe more large-scale and long-lasting.

Based on the modeling results, if the Earth warms up to 3 ° C, the arid regions in Europe will increase from 13 to 26% of the total area in comparison with the reporting period from 1971 to 2000. If the warming can be maintained at 1.5 ° C, as stipulated in the Paris Climate Agreement, their area will be 19% of the total.

The duration of the largest droughts in Europe, with the exception of Scandinavia, will be three to four times greater than in the past. Harsh conditions affect up to 400 million people.

In the Mediterranean region, arid regions over the reporting period may increase from 28% to 49% of the area in the most extreme cases. The number of dry months per year in Southern Europe will also increase significantly. “If global warming reaches a threshold of 3 ° C, we assume that the number of dry months in the year will increase from 2.1 to 5.6. In some parts of the Iberian Peninsula, drought can last for more than 7 months, “says hydrologist UFZ Dr. Louis Samanigo.

“Increasing the temperature to this mark also means that the water content in the soil will decrease by 35 millimeters to a depth of two meters. In other words, 35,000 cubic meters of water will no longer be available per square kilometer of land, “added his colleague Dr. Stephen Tober.

This water deficit is approximately the same as that observed during the drought in the summer of 2003 throughout Europe. If the warming scenario of 3 ° C is justified, such severe droughts will occur twice as often and in time may become the norm for many parts of Europe.

If the temperature increases by only 1.5 ° C, in the Mediterranean region, 3.2 months of drought may be expected each year, and the water content in the soil will decrease by approximately 8 millimeters.

According to UFZ scientists, in the Atlantic, Continental and Alpine regions arid regions will increase by less than 10% of the total area. In the Baltic and Scandinavian countries, the projected increase in precipitation caused by global warming can even lead to a reduction in the area of ​​drought by about 3%. For Germany, warming will have minor consequences, only the summer will be drier than before.

Researchers emphasize that the consequences of global warming can be partially reduced by some technical means, but such measures are expensive. A more reliable solution, in their opinion, would be the achievement of the objectives of the Paris Agreement.