Global warming will kill the planet 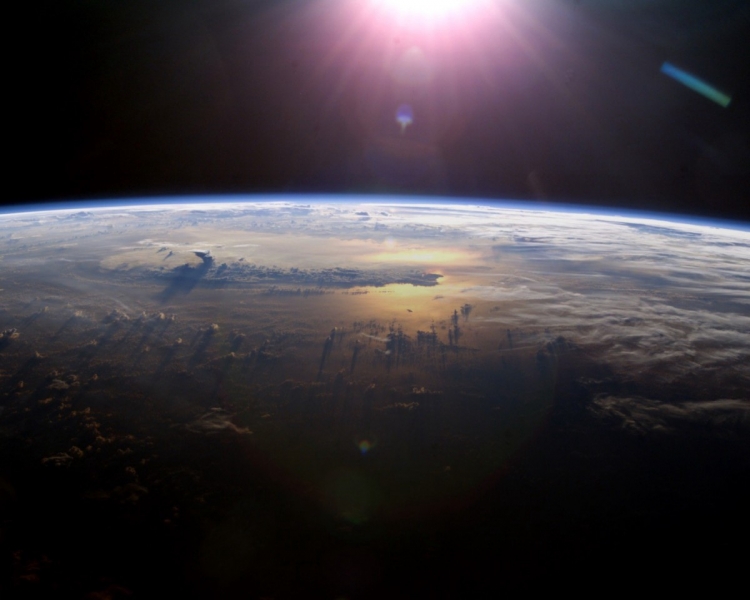 We tend to think that our planet is perfect for life, and we like it. On Land there are all conditions for life existed, flourished and evolved for billions of years. We have liquid water on the surface, not too thin and not very thick atmosphere, suitable temperature and pressure at sea level. Fortunately for us, we need not only to be at a certain distance from the Sun.

Our Sun may be an ordinary star, like many others, but unlike the brighter blue stars that scattered across the sky, but they live long, our Sun will Shine with a relatively constant brightness for billions of years. And if the Sun shone with its constant brightness, and the Earth absorbed the light of day and reflect it at night, directly the laws of physics tell us that the surface temperature of our planet would be 255 degrees Kelvin (-18 degrees Celsius).

However, obviously, the average temperature on Earth is different; our world is much warmer than it should be, based on these calculations. The combination of cloud cover, carbon dioxide and water vapor — three things, which absorb and “harboring” the infrared light emitted from our planet — keeps the temperature in our world at 33 degrees Celsius. When the Earth was much younger than billions of years ago, there was also a huge amount of methane in atomsphere, and then the planet could hold even more heat.

Although we do not believe that the warming of the Earth is well, billions of years ago, it was necessary.

You see, when the Solar system was younger, the Sun was not only younger, but colder. The star gets energy in the process of nuclear fusion in its interior, hydrogen burns to form helium. When the kernel is heated to high temperatures, the rate of synthesis increases, and the star burns hotter. In most cases, we think that more massive stars burn hotter (and burn their fuel more), and it’s true. But the aging star, the more hydrogen is converted into helium, the core begins to shrink. The gravitational contraction releases energy, this energy has nowhere to go — it is concentrated in the core and the core heats up.

Today’s Sun, which is 4.5 billion years, 20% more vigorously than before. If not for the greenhouse effect of our atmosphere, Land of youth would be frozen like Mars today. But time goes on and the Sun heats up more and more. This is evident in the hundreds, thousands or millions of years and hundreds of millions.

The increase in solar flux by 1% would not be catastrophic, but the luminosity of the sun increases at this rate every 110 million or so. At some point — after, the flow will increase by 10-30%, depending on the state of our atmosphere — we will overcome a critical threshold: surface temperature rises to 100 degrees Celsius. In other words, at some point the Sun will become so hot that Earth’s oceans will boil. This will be the ultimate form of global warming: the world will become so hot that water simply will be no more. Life on Earth will cease to exist, although some clever types will be able to stay in the upper, cooler layers of the atmosphere.

According to best estimates, this should occur after a billion or two years, although there is considerable uncertainty as to how much time we have to come up with clever solutions, for example, to alienate the Land away from the Sun. We can afford to let it go, knowing that when the Sun becomes a red dwarf, other worlds will become more favorable for life.

One day global warming will destroy life on Earth: not only human life but all life on the planet’s surface, including the sea. After a billion or two years, long before the Sun becomes a red giant and begin to burn helium, the temperature of our world will become too unbearable for plants, animals or other living beings. Maybe we’ll go to the stars, to other planets or find a place in the Solar system.

From whatever side you look, we are incredibly fortunate that life has gone this way. If the Cambrian explosion or biological evolution would proceed more slowly, intelligent life would simply not be enough time for the appearance.