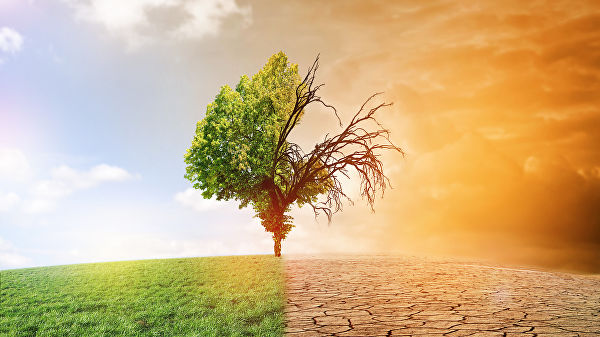 A further increase in average annual temperatures will lead to the predominant disappearance of larger animal species and a decrease in the size of the surviving fauna. This conclusion was made by environmentalists who published an article in the journal Oecologia.

“With all other things being equal, large birds and animals tolerate cold better than small creatures, and therefore warming will make life second noticeably simpler. On the other hand, we did not expect the effect of this to be noticeable in just 25 years of observation. This emphasizes the seriousness of the changes, “- said Res Altwegg (Res Altwegg) from the University of Cape Town (South Africa).

Rising temperatures, rising sea levels and other processes associated with warming will force many animals and plants, accustomed to certain environmental conditions, to become peculiar “climate refugees” and flee to the north or mountains, to colder and more stable regions.

Many other representatives of flora and fauna, who do not have such an opportunity, will simply disappear from the face of the Earth or survive only in specialized nurseries to which they will be transported. Scientists believe that climate and human activity can destroy more than three hundred species of mammals and birds in the coming centuries.

This process has already begun – environmental observations show that global warming has already managed to destroy several hundred species of invertebrate creatures, as well as several mammals. Poachers and predatory fishing, in turn, could destroy the California vakito, close relatives of toothed whales, as well as many species of fish.

Altwegg and her colleagues discovered another curious example of how global warming affects the species composition and appearance of ecosystems, observing the life of mountain wagtails (Motacilla clara) living in Natal in South Africa, from 1975 to 1999.

Scientists were interested in one simple thing – how much the birds had and what factors influenced the typical weight of the wagtails. The fact is that environmentalists have long assumed that the species composition, size and other qualities of warm-blooded animals largely depend on air temperature. As a rule, the hotter the climate, the smaller must be the birds and mammals, and reptiles, on the contrary, will gain volume and weight.

Altwegg and her colleagues checked this pattern, the so-called Bergmann rule, in practice, following the changes in the size of the wagtails living in Natal, where temperatures rose over the last quarter of a century by 0.18 degrees Celsius.

To do this, scientists each year caught several hundred birds, marked them with rings or measured a mass of birds already familiar to them. At the same time, they followed the changes in the number and general condition of insects, the main food source for wagtails and their chicks, which was important for determining what influences the mass of birds.

As it turned out, even such small changes in average annual temperatures had a strong impact on the size and weight of the birds. On average, wagtails “lost weight” by about a gram, 5% of their typical body weight, and most of this weight loss was associated with temperatures, and not temporary problems with access to food.

As scientists suggest, this phenomenon can be associated with two things. On the one hand, warm winters deprive large birds of their main advantage – the ability to better endure the cold and warm their body.

On the other hand, the heat acts on small animals noticeably weaker than on their large relatives, which allows them to search for food more actively and multiply during abnormally warm weather. Which of these theories closer to the truth, environmentalists are planning to learn in the near future.