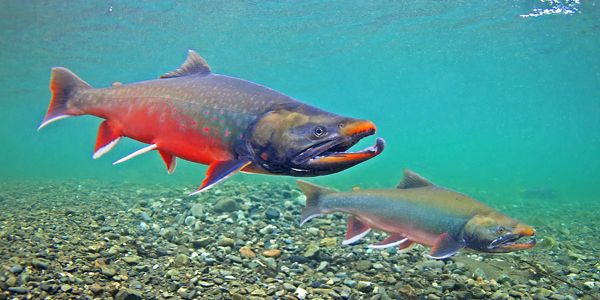 Biologists have discovered for the first time that fish can exhibit biofluorescence in Arctic waters. One of these fish – the sea slug of the species Liparis gibbus – glows in two colors at once, green and red. The description of the find was published by the scientific journal American Museum Novitates.

Biofluorescence is a phenomenon in which a living organism emits light without generating heat. Its vivid example is fireflies, but there are also less obvious ones – for example, platypuses, flying squirrels, all amphibians and many fish can glow like that.

The authors of the new work previously studied biofluorescence in tropical fish. They use it to communicate and attract individuals of the opposite sex. Warm tropical waters, which receive sufficient sunlight, are well suited for biofluorescence, in contrast to cold arctic waters, in which there is no light at all on the polar night. Nevertheless, the scientists decided to find out if fish use biofluorescence at least under polar day conditions.

During the expedition off the coast of eastern Greenland, biologists spent many hours in the icy water and still found fish that glow even in the polar regions. One of them turned out to be a sea slug (Liparis gibbus), which glowed in two colors – green and red. Another fish, the glow of which scientists noticed, belonged to the same genus – it was Liparis tunicatus, but it only glowed red.

Scientists plan to devote further research to elucidating the purposes for which different types of fish use biofluorescence.