Gold tattoo will help to monitor your health 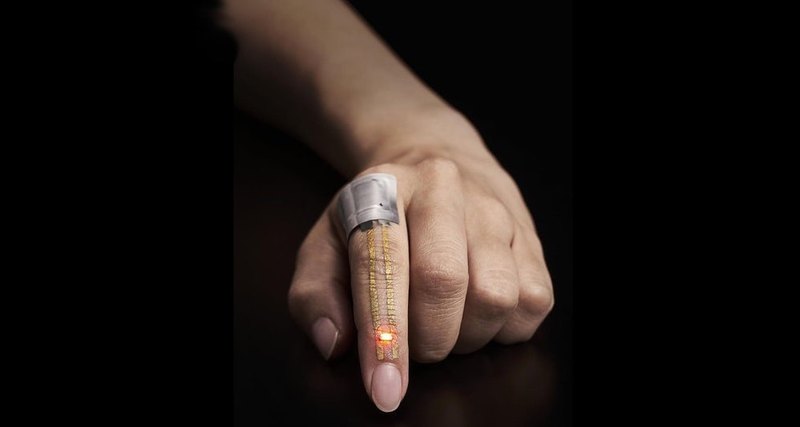 A team of researchers from the University of Tokyo has developed a breathable nanoscale grid resembling a gold tattoo. It can be worn for a week, and it does not cause skin irritation.

The development of Japanese researchers works as a medical health monitoring sensor. According to Professor Takao Somei of the University of Tokyo University’s Higher Engineering School, his team was interested in the fact that most plastic sensors for health monitoring do not allow air, which means that wearing these devices for a long time on the skin can lead to irritation or even inflammation.

Japanese nanofilm is developed from a water-soluble polymer, polyvinyl alcohol (PVA) and a gold layer. When the device is applied to the skin and sprayed with a small amount of water, the PVA nanowires dissolve and, as a result, “adjust” to the skin pattern.

Researchers tested the nanofilm for a week on 20 volunteers. Also during the experiments, they checked the specific gas permeability. It turned out that the grid structure was more “breathing” than other materials, for example, rubber sheets or ultra-thin plastic foil.

The team led by Professor Takao Somei hopes that the device will prove useful both for medical and for sport purposes.