Goldfish can survive without oxygen due to alcohol 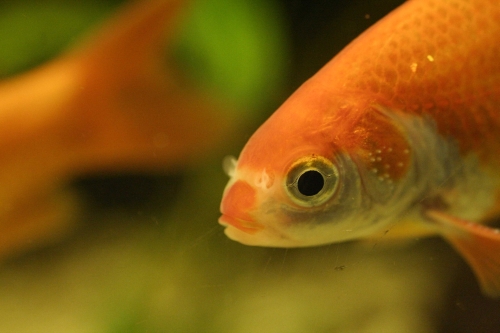 Goldfish (Carassius auratus) and their larger relatives, goldfish (Carassius carassius), are valued as ornamental pond fish for many centuries. If the pond freezes in winter, these fish can survive even with a small amount of oxygen in the water. An international team of scientists described the mechanism that allows fish to live virtually without oxygen for months.

In such periods, a large amount of lactic acid accumulates in the body of fish. Already in the 1980s, it was known that part of this acid eventually transformed into ethanol, which the fish “throws” through the gills. This ability allows the body to avoid acidosis – increasing acidity.

In the first series of new experiments, the fish were divided into four groups of 13 individuals. The first group was in water with the usual level of oxygen, the second had oxygen deficiency during the day, the third – during the week. The fourth group was deprived of oxygen for a week, and then raised the gas level to normal and observed the state of the fish for six more days. In the second part of the experiments, three groups of three individuals participated. The first group became control, the fish in the second and third groups survived without oxygen at a temperature of 4 ° C for one and seven days, respectively. Then the scientists examined the samples of skeletal muscle tissue of several dead fish. Previous studies have shown that it is thanks to this tissue that lactic acid “turns” into ethanol.

Scientists have found that in the tissues of fish two types of similar enzymes are produced, which are necessary in the process of processing glucose. As in other animals, the pyruvate dehydrogenase complex, consisting of several enzymes, is involved in carasses and goldfish in this process. It converts the molecules of pyruvic acid, the final product of the process of glucose oxidation. However, in conditions of lack of oxygen, pyruvic acid is reduced to lactic acid, and its excess can poison the fish. In the case of oxygen “starvation”, the body of carp and goldfish begins to produce not another pyruvate dehydrogenase, but another enzyme. It is similar to an enzyme that participates in anaerobic decomposition of carbohydrates in yeast cells – pyruvate decarboxylase. This enzyme promotes the release of acetaldehyde. With the help of another enzyme, alcohol dehydrogenase, this compound is converted to ethanol. Alcohol is released through the gills, but part remains in the body of the fish.

Genetic analysis has shown that carp and goldfish have two “parallel” sets of genes associated with the production of these enzymes. Pisces inherited this feature from a common ancestor. According to scientists, the duplication of its genome occurred about 8 million years ago.