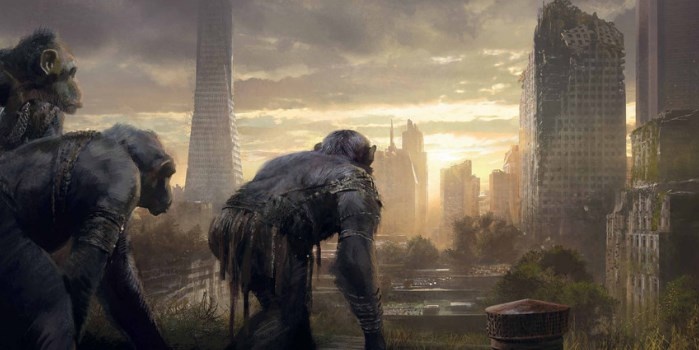 Scientists have documented attacks by a group of gorillas on their relatives. The researchers studied mountain gorillas at the research center Karisoke in Rwanda when I noticed how some primates joining the group, for unknown reasons, attacked individuals. Experts managed to register three such cases. The attacks of the “gangs” gorillas previously, scientists reported a few witnesses.

According to popular belief, gorillas are quite peaceful, in spite of its fearsome appearance. Usually they do not come in conflict with other canines. But sometimes between them skirmishes that can result in the death of one of the contenders. Previously it was thought that gorillas find out the relationship without the help of relatives. However, as it turned out, these primates can organize group raids, attacking one or two individuals.

The first attack, researchers observed in 2004. As reported by who saw the attack, the fight happened suddenly. The male gorilla, which scientists call Inshuti approached a nearby group of gorillas, which experts have called Bismi. Despite the fact that gorilla a few times drove it Inshuti not leave attempts “to strike up an acquaintance”. Suddenly one of the gorillas shouted. Observers could not determine whether it was Inshuti or one of the gorilla groups.

After that three males chased Insuti. When they knocked Insuti on the ground, the three pursuing gorillas joined the rest, including females and young individuals. The main male grabbed Inshuti teeth and began to shake him like an attack dog. The fight lasted several minutes. It ended as suddenly as it had begun. The attackers retreated, and the wounded Inshuti retreated into the woods.

Subsequently, the researchers observed two similar attacks on Inshuti and another male. While researchers do not know what caused gorillas to behave in this way.