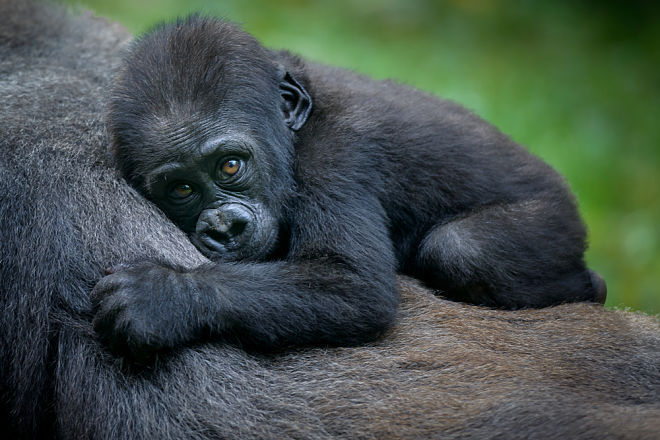 A group of scientists from the USA and Germany investigated the behavior of mountain gorillas to find out why they, unlike the males of other mammals, devote so much attention to caring for the young.

Interestingly, the males of mountain gorillas do not distinguish between their own and other youngs, and care is manifested in games and grooming. The group of mountain gorillas usually includes several females and one male, although in 40% of cases there may be several males. Most of the cubs are born from the dominant male, but from time to time the offspring is born from the other males. Scientists studied the behavior of males in three groups living in the National Park of Volcanoes in Rwanda, and a study of DNA from gorilla faeces was conducted to determine kinship. As a result, a mathematical model was formed, taking into account the age of the male, his social position in his group, behavior and the possible number of young during life.

Based on the results of the simulation, the females of the gorillas choose males who care for the cubs for mating (care means grooming, playing and being near the calf). Such males become fathers 5.6 times more often than those who do not participate in the process of education. At the same time, even among those who take care of the offspring from time to time, the young appear 2.9 times more often than the absolutely indifferent males.