Graffiti purify the air in Rome 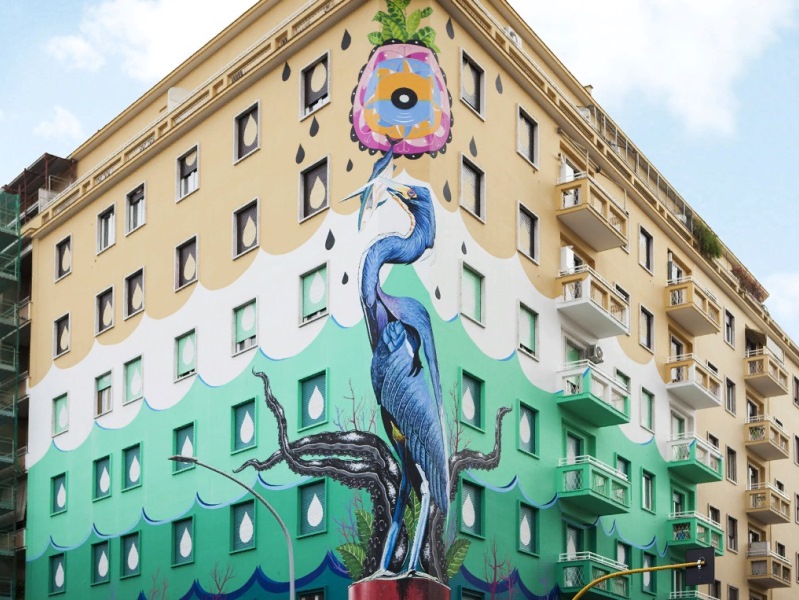 To purify the air in the cities, various projects are invented – from the construction of giant towers to filters in moving buses. Designers, architects, builders, and now artists join the problem.

In the Ostiense district of Rome, at one of the busiest intersections, the largest graffiti in Europe appeared, which, according to the author, is capable of purifying the surrounding air. Wall painting area of ​​1000 square meters. meters covers part of the facade of a 7-storey building, reports Rome Central.

Federico Massa, better known as Jena Cruz, depicted a tricolor heron that lives in the coastal areas of North and South America, which is in danger of extinction. The artist worked in New York, Miami, Barcelona and other cities. Many of his works are devoted to urbanization, nature in an urban environment, and recently he began to pay attention to the problems of climate change, clean air, endangered species of plants and animals.

The painting was created using the Airlite technology – it is also called the “smog absorber”. Paint can turn any wall into a natural cleaner. So, the painted area is 12 square meters. m clean the air from pollution produced by the car during the day. In addition, it eliminates cigarette smoke and other unpleasant odors.