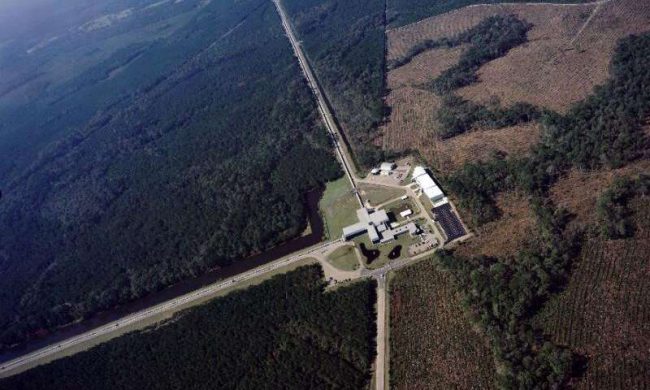 When astronomical Observatory have discovered two black holes colliding in deep space, scientists noted the confirmation of Einstein’s predicted gravitational waves. But astrophysics has not calmed down: could this experiment to find dark matter, which makes up most of the mass of the Universe?

Eight scientists from the Department of physics and astronomy Henry Rowland at Johns Hopkins University have already started to carry out the calculation, when in February the LIGO Observatory announced the discovery of gravitational waves. Their results, published recently in Physical Review Letters, offer a hypothesis which may allow you invincible the secret of astrophysics.

“We believe that there is a possibility that binary black holes detected by LIGO, can be a signature of dark matter, the scientists write in the excerpt from the article, calling a couple of black holes “binarity”. Scientists have considered the mass of the two objects detected by LIGO, as a starting point, suggesting that the objects may be part of the mysterious substance that makes up 85% of the mass of the Universe.

Since 1930-ies of dark matter remains a subject of fierce scientific debate; by the 1970s, evidence of its existence, albeit indirectly, began to surface everywhere. While the very dark matter we can’t detect its gravitational effects — completely. For example, the impact of the nearby dark matter is believed to explain the discrepancy in the rotation of visible matter in galaxies.

The group at Johns Hopkins led by postdoctoral fellow Simeon bird was struck by the mass of black holes, discovered by LIGO. The mass of black holes is measured in value, multiple of our Sun. The impacting objects that produced the gravitational wave, LIGO recorded were 36 and 29 solar masses, respectively. They are too large to match the predictions of the masses for most black holes, ultra-dense structures, which are formed by the collapse of stars. They are also too small to match the predictions for the size of supermassive black holes at the centers of galaxies.

Two LIGO detected object, however, included in the expected mass range of the “primary” black holes.

Findings LIGO, however, return us to this hypothesis, especially due to the fact that the discovered objects in the experiment correspond to the mass predicted for dark matter. Projections made by scientists in the past, saying the conditions during the birth of the Universe would produce a lot of primary black holes, evenly distributed in the Universe, gathering in a halo around galaxies. All this makes them good candidates for dark matter.

The team at Johns Hopkins have calculated how often these primary black holes could form a binary pair and eventually collide. Taking into account the size and elongated shape inherent (as suggested) the primary orbits of binary black holes, the scientists came to the conclusion that the frequency of collisions corresponds to the findings of LIGO.

“We’re not saying it’s dark matter,” says one of the authors mark Kamionkowski. We would not put a house on it. We are only talking about possibilities.”

To support this hypothesis requires other observations by LIGO and other evidence, including further discovery, something like that, which said in February. Can happen so that objects with such exponential weight much more.

“Events in 30 masses need explanation,” says coauthor Eli, Kovetz. — The discovery of gravitational waves might be related to dark matter. He has a lot of potential.”