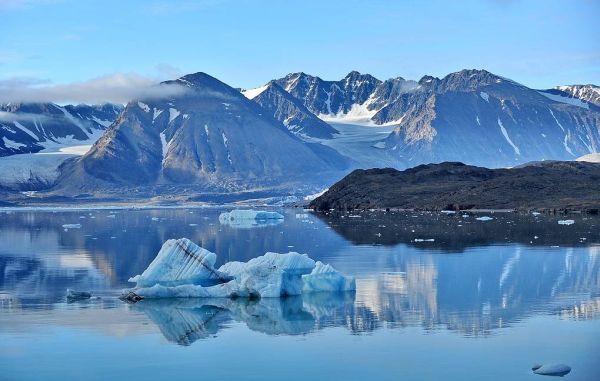 Climatologists have studied the advances and retreats of Greenland’s three largest glaciers over the past 130 years and concluded that existing climate models significantly underestimate the rate of melting of the island’s ice cap. The findings of the scientists were published in an article in the journal Nature Communications.

“The most negative scenario for the further development of global warming predicts that over the current century the Helheim, Kangerlussak and Jakobshavn glaciers will lose enough water to raise sea level by 9-15 mm. We found out that over the past century, when the temperature increased much more modest, the process of their melting has already raised the height of the world’s oceans by 8 mm. This suggests that climate models seriously underestimate the rate of melting of Greenland, “the researchers write.

Almost all climatologists on Earth today have no doubt that global warming exists, and that it will radically change the face of the planet if the rise in temperature cannot be contained at around 1.5 degrees Celsius. This is evidenced not only by hundreds of computer models of the planet’s climate, but also by thousands of measurements obtained with the help of various climatic satellites, land-based meteorological stations and ocean buoys.

The first and main victims of this process will be, as practice already shows, the polar regions of the Earth and mountain glaciers. The temperature on their territory has already become higher by 4-9 degrees Celsius than in previous centuries, which will irreversibly lead to a noticeable reduction in their area and the release of large territories of the Antarctic and Arctic from ice.

In particular, climate satellites have been recording a sharp acceleration in the melting of Greenland’s glaciers for many years. On average, the rate of decline in their volume has increased by about four times since the beginning of the century. In August last year, this led to the fact that a huge part of the ice mass of the island, weighing 12.5 billion tons, broke off and floated into the sea, and the total mass of the Greenland ice cap fell by a record 532 billion tons for all of 2019.

A group of scientists led by Shfaqat Khan, a professor at the Danish University of Technology in Lingbi, tried to uncover the mechanisms behind the emergence of such icebergs by studying in detail how the shape of its coastal glaciers has changed since 1880.

The Troubled Future of Greenland’s Glaciers

To do this, scientists have collected and studied all photographs of the three largest glaciers of the island – Helheim, Kangerlussuaq and Jakobshavn, taken by polar explorers, navigators and professional climatologists over the past century and a half. In addition, scientists studied measurements of the relief of the Atlantic seabed in the vicinity of the shores of Greenland, as well as how its climate changed between 1880 and 2012.

Scientists used them to create a computer model of the island and how far its ice advancing and receding at this time. Researchers used this information to calculate the exact mass of ice lost over the past century and the beginning of this century, as well as to study how the topography of the sea floor and the surface of Greenland itself affects the movement of glaciers.

These calculations showed that Greenland’s glaciers lost several times more ice mass during this time than modern climate models predict. For example, the Jacobshavn glacier “lost” by 1,518 billion tons, and Kangerlussuaq – by 1,380 billion tons, and most of these losses occurred at the beginning or middle of the last century, and not in the last fifty years.

At the same time, the mass of the Helheim glacier has hardly changed during this time. This suggests that the reduction in the Greenland ice cap is associated not only with an increase in temperatures, but also with other factors, including local relief and the nature of the movement of winds and currents that heated the other two glaciers from below and from above.

These factors, according to Professor Khan and his colleagues, must be taken into account when conducting climate calculations. Further study of the structure of Greenland’s glaciers, as well as the nature of their interactions with currents and winds, scientists hope, will help clarify climate models and accurately predict what the future holds for Greenland and its glaciers if humanity does not stop global warming.