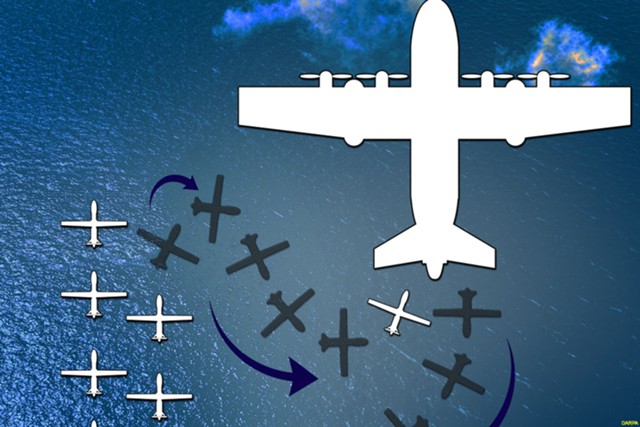 The Office of Advanced Research Projects of the US Department of Defense (DARPA) launched a project to develop a military transport aircraft adapted to launch and land dozens of small drones.

It is assumed that the project will be implemented on the basis of military transport aircraft C-130 Hercules. According to the idea of ​​experts from the US Department of Defense, aircraft must carry a large number of drones of different specialization. This should allow such “hives” to solve several tasks at once, from gathering intelligence information to destroying radar targets and other ground targets.

The development of this project will be the company General Atomics Aeronautical Systems, which is widely known by its audience – its drones Predator. The company should in the medium term provide a full-fledged “hive”, which will be able to demonstrate all the possibilities of this project.

Gremlin drones should be relatively inexpensive in production and maintenance, and extremely versatile. It is assumed that each drone should be able to carry on itself no more than 25 kg about 500 km. The fact is that the “hive plane” will have to launch drones from behind the main shock group. Moreover, the management of drones will not be carried out from a base aircraft, but from aircraft capable of operating directly on a dandy line, for example F-22 or F-35.

The effectiveness of such weapons is not in the drones’ ultra-precision, but in their versatility, low price and the possibility of operational transfer of control.