Grow potatoes on Mars is quite realistic 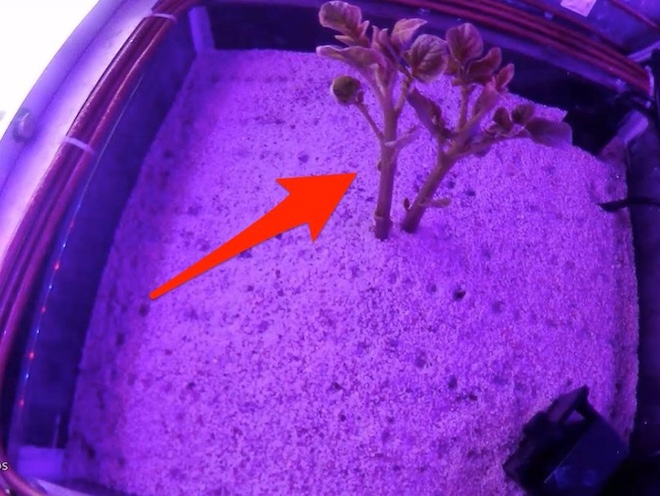 In the 2015 blockbuster “Martian” the protagonist – botanist-astronaut – got stuck on the Red Planet. To survive, Mark Watney, who was screened by Matt Damon, had to apply his scientific knowledge. The astronaut fertilized the Martian soil with his own feces, cut the potatoes into pieces and planted them in the soil.

Cultivation of potatoes and other products on Mars is not just science fiction. NASA’s “Martian Potato” experiment shows that Watney’s crop could grow in reality.

NASA is thinking about a manned mission to the Red Planet for decades. The US Congress even approved a bill that would require the space agency to reach the Red Planet by 2033. NASA is also nurturing plans for a Martian colony. To this end, NASA scientists and the International Potato Growing Center in Lima (Peru) conducted an experiment to grow tubers in conditions similar to Martian ones.

The experiment is conducted inside the box called “KubSat”. “KubSat” is equipped with pumps, water hoses, LED lamps and tools for simulating the Martian temperature, light cycles, gases and air pressure. In February 2017, researchers placed almost lifeless soil from the Pampas de la Joya (Peru) inside the box, put potato tubers there, closed the box and began to observe what was happening. “Preliminary results are positive,” the press release of the International Potato Growing Center in Lima informs. “If the potatoes could endure the extreme conditions that we undergo in our KubSat, it has every chance of germinating on Mars,” says NASA researcher Julio Valdivia-Silva.

Will it work on Mars?

However, the experiment is far from an iron proof that farmers on Mars will be able to grow potatoes. First, the soil in the experiment was not Martian. Although the soil is dry and inhospitable, it probably had microbes that helped grow potatoes. Secondly, in the experiment, parts of cut potatoes were used instead of seeds. To potato survived a journey of months or years in length, it must undergo treatment under pressure (heat stabilization) or radiation irradiation. This will damage the cells of the potato, making the cultivation of cut tubers very difficult.