Grown fruits and vegetables are not enough for all of humanity. 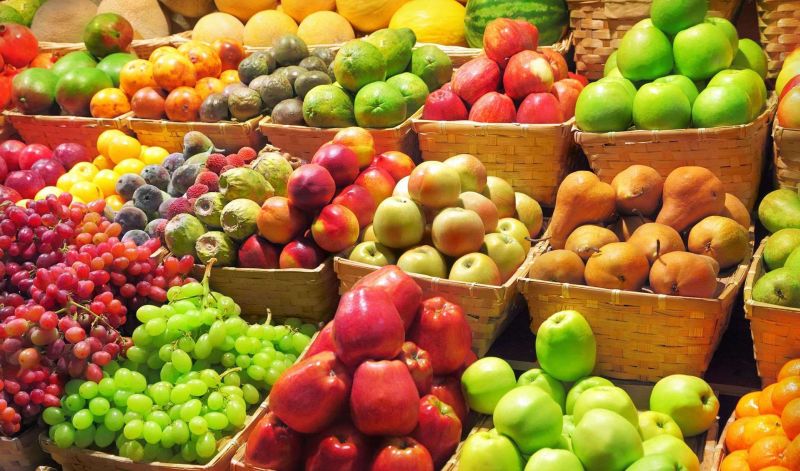 Scientists compared global agricultural production with recommendations for nutrient intake and found that if everyone on the planet wanted to follow a healthy diet, then we simply would not have enough fruits and vegetables.

A group of researchers from the University of Canada’s Guelph in Canada calculated the number of required servings per person of each of the food groups based on recommendations from Harvard University. According to them, half of our diet should consist of fruits and vegetables, 25 percent – from whole grains, and the remaining 25 percent – from protein, fat and dairy products.

Then, scientists calculated how much land is currently used for agriculture and how much is needed if everyone follows these nutritional guidelines. The researchers predicted these figures for 2050 – as expected, the population of the Earth will then reach 9.8 billion people.

“We all simply do not have the ability to follow a healthy diet in the current global agricultural system. The results show that humanity is now overproduction of grain, fats and sugar, and the production of fruits, vegetables and, to a lesser extent, protein is not enough to meet the nutritional needs of the population, ”says one of the authors of the study, Professor Evan Fraser.

According to scientists, since carbohydrates are relatively easy to produce, and they can feed quite a lot of people, developing countries are focused on growing grain. Developed countries have been subsidizing the production of grain and corn for decades in an effort to establish global leadership in their production. These countries spend significantly more money on research in these crops than on fruits and vegetables.

The study also showed that a more nutritious diet is beneficial not only for us, but also for the planet, because if humanity goes on a healthy diet, the amount of land needed to feed a growing population will decrease. Changing production, in accordance with dietary guidelines for nutrition, will require 50 million hectares of arable land, because fruits and vegetables take up less land for cultivation than grains, sugar and fats.

“If everything remains in place, in order to feed 9.8 billion people, 12 million hectares of arable land will need more and at least one billion hectares of pasture land. This problem is one of the most important tasks facing the 21st century. Our results show that the only way for the next generation to lead a balanced diet, save earth and reduce greenhouse gas emissions is to consume and produce more fruits and vegetables, ”emphasizes Fraser.