Growth of CO2 emissions can cause “rice crisis” in Asia 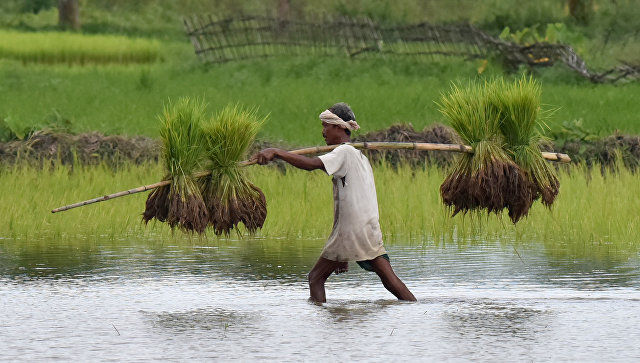 Further growth of CO2 concentration in the atmosphere will lead to an extremely unexpected consequence – the food crisis in Asia due to a sharp drop in rice nutrition, climatologists say.

“Rice was the main source of food for the inhabitants of Asia for many thousands of years, and it began to play a similar role in modern Africa.” If the nutritional value of rice falls, it will affect the lives of millions of mothers, children and adults, “said Kristie Ebi ) from the University of Washington in Seattle (USA).

Climatologists and biologists have long believed that global warming and the associated increase in the concentration of carbon dioxide in the atmosphere as a whole will have a beneficial effect on plants. In particular, the efficiency of photosynthesis will increase, which will allow them to store more nutrients and grow faster.

Such changes in their lives today are considered as an absolute plus for agriculture and the survival of mankind, but they, according to Ebi, are based on the assumption that growth in the proportion of CO2 in the atmosphere will not change anything other than the productivity of plants.

Her team checked to see if this was really so, by analyzing how the chemical composition and nutritional value of rice grown in such conditions changed. To conduct this experiment, scientists built several special open greenhouses in rice fields in China and Japan, which allowed them to raise the level of CO2 in the air, and landed there the most popular varieties of rice.

Such a technique, as scientists say, allowed them to grow rice in conditions close to natural – in closed greenhouses it does not grow as well as in the open air, which could affect the results of the experiment. When the new crop grew, scientists weighed it and analyzed its chemical composition, measuring the share of 18 key proteins, vitamins and other nutrients.

All this means that a typical resident of the countries of South and South-East Asia will have to eat more rice to get the “old” set of nutrients, which will have a particularly negative effect on the health of pregnant and lactating women and children, and make them more susceptible to malaria and other diseases .

Interestingly, some rice varieties studied by the authors of the article less reacted to similar climatic changes than other varieties of this culture. Their study, as Ebi and her colleagues hope, will help scientists create new varieties of rice that would accumulate more nutrients with further growth of CO2 in the atmosphere.