Hacker faked the fingerprints of the Minister of defence of Germany 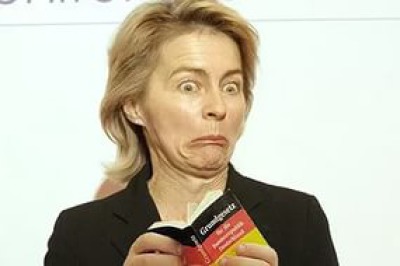 International hacker Congress in Germany, Yang Krissler (Jan Krissler), known as Starbug showed how easy it was to fake fingerprints from photographs. He managed to create a working model of the fingertip of the Minister of defence of Germany Ursula von der Leyen on multiple photos policy.

The hacker used commercial software VeriFinger and several photos of German Minister of defense Ursula von der Leyen. One of the photos he took from the press release of the Ministry, made another of himself standing three meters away from the Minister. “After that, politicians will try to take their gloves off during public performances,” he joked, Krissler.

Krissler managed to find other vulnerabilities. One of them, for example, allows you to get the password from a device with access to only a front camera. First, you can use eye tracking technology to track the movement of eyeballs of the owner, when he enters the password. The second way to know the password to see the reflection of the phone in the eyes of the owner. The resolution of modern mobile phone cameras enough to get a very clear picture.

Yang Krissler demonstrated that biometrics as a way of protecting data is absolutely irrelevant, though it still can be used to confirm the identity. The hacker does this is not the first time. In 2013, 24 hours after the iPhone 5S release, Krissler used the fingerprint on the smartphone screen to the graphene spray and glue to make a model of a finger with the same pattern. Smartphone took the artificial finger for real and shot the lock.