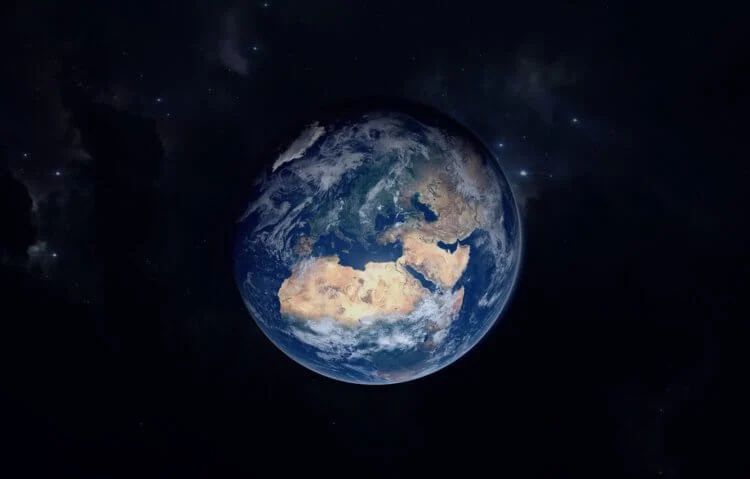 Over the many years of our existence, we have built on the planet a huge number of cities that are interconnected by long roads. Between them are all kinds of farms and fields in which livestock are bred and crops are grown. No matter how hard it was to realize this, having built all this on our planet, we destroyed almost all of its half. Cities filled with factories and cars pollute the air, and farms and fields use chemicals against insects and other pests, which also harm nature. Fortunately, we have not yet reached the point of no return – American scientists are confident that humanity has not yet managed to harm 50% of the planet. This part can still be saved, and damaged areas are quite possible to repair.

Our planet has long been in danger, but it can be saved.

The point of no return is a critical point after which it is impossible to return to the original state. Some scientists are sure that we have already reached it and our planet is already irreversibly collapsing.

Earth condition
Encouraging news was published in the scientific journal Global Change Biology. As part of the scientific work, scientists studied four sets of geospatial data and found that from 48 to 56% of the surface of our planet are free from the harmful effects of people. There is only one caveat – for the most part, “wild” territories remain intact, into which many of us would not like to meddle. We are talking about mountains, deserts and places with permafrost. Perhaps humanity would spoil these territories, but it is difficult to live in them because of extremely high or low temperatures, and also because of the landscape.

Geospatial data is information about the location of various objects on the territory of our planet.

The scientific publication ScienceAlert has explained this phenomenon as follows. In the entire history of their existence, people have adapted the lands that provided the easiest opportunities to meet basic needs. We are talking about the need for safe housing, affordable water, suitable land for growing plants and so on. With all this, mankind ignored the sultry deserts and frozen wastelands that could not provide anything useful. 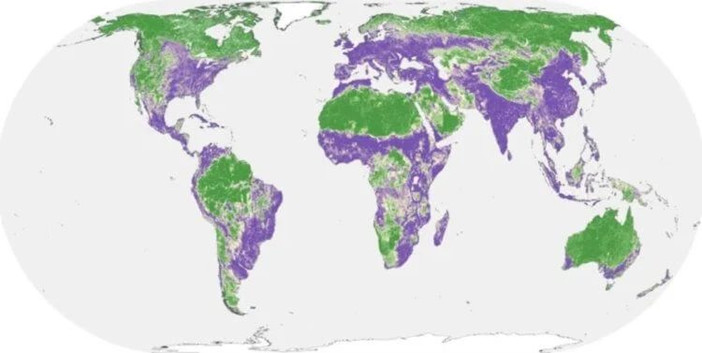 An important discovery for scientists was that there are still pristine meadows and forests in the world. Their share is only 1% and this is a clear sign for us that it is time for humanity to seriously take up the protection of untouched territories. According to the researchers, at the moment only 15% of the land is protected: reserves, parks and so on. And all other regions are still open to people and in the future, cities and other objects that could harm nature can also appear in their places.

Based on all of the above, researchers suggest that humanity focus on two things. Firstly, it is important to protect all the places that are marked in green on the map. It is necessary to make sure that air, land and water pollution are not allowed in these territories – nature needs to be carefully protected. Secondly, it is necessary to tackle the restoration of places on which cities, farms and agricultural fields are built. For this, at a minimum, it is important to switch to environmentally friendly cars and develop chemicals that do not harm the environment.

Causes of Disease
According to the researcher of geographical and information systems Andrew Jacobson (Andrew Jacobson), if people have less negative impact on nature, the risk of diseases such as COVID-19 will be significantly reduced. It is believed that coronavirus was transmitted to humans from wild animals – it is logical to assume that if people are less likely to invade wild territories and, moreover, to catch and trade animals, the greater problems humanity will avoid.

According to the author of the study, Jason Riggio, humanity has a great chance to keep at least half of the Earth intact. The sooner measures are taken to protect intact regions and restore damaged ones, the greater the likelihood that a good future awaits our planet. It is important to note that special attention needs to be paid to recovery – the better we can cope with the greenhouse effect, the more likely it is that the planet’s temperature will stop rising. And if it does rise, the untouched parts of the Earth will be damaged, no matter how we protect them.