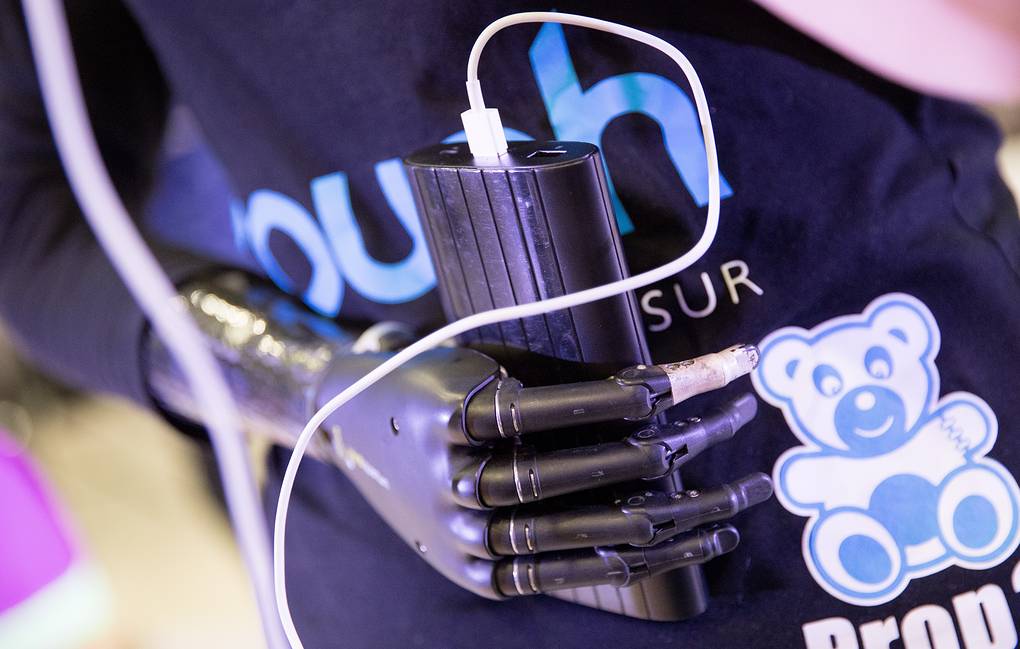 The new neural interface allows you to not only control the movement of paralyzed limbs, but also to touch and experience other tactile sensations. Description of the invention of American neurophysiologists published the scientific journal Cell.

“Until now, our patient Iain felt as if his hand was“ alien. ”He could not control it normally if he did not constantly look at where and how it was moving. This requires serious concentration of attention and does not allow performing even the simplest actions, “one of the developers, a neurophysiologist at the Buttel Memorial Institute (USA) Patrick Ganzer, commented on the success.

The so-called neurointerfaces are a combination of microchips, electrodes and computer algorithms. They allow you to connect various cyberlimbs, artificial eyes, or even synthetic sensory organs, like thermal imagers or X-ray imagers, to the human or animal brain.

For example, in 2012, scientists for the first time connected an artificial arm to the brain of a paralyzed woman. Thanks to this prosthesis, the woman was able to drink a cup of coffee on her own and perform some other actions. In 2016, specialists from the American University of Duke connected the patient’s brain to a robotic stroller, and a year ago they restored the ability to walk with a special spinal cord stimulator.

The development and use of such cyber-extremities, as Gentser notes, is currently hindered by the fact that their owner cannot feel their movements when an artificial leg or arm touches the floor, table surface and other obstacles. As recent experiments by neurophysiologists show, tactile sensations play a very important role in how the brain “learns” to control its and cybernetic limbs.

Ganzer and his team solved this problem. Over the past six years, they have been working to create a neural interface that allows you to directly “connect” patients’ hands to the brain, bypassing damaged areas of the spine.

In these experiments, as the scientist notes, a 28-year-old young man named Iain Burkhart participated. Nine years ago, as a result of an accident during diving, he injured his spinal cord. Scientists inserted a special chip and a set of electrodes into the cortex of the patient’s brain, after which they tried to connect an artificial arm to them.

Initially, these experiments were successful: the volunteer successfully mastered the cyber prosthesis and learned how to control the movement of the robot arm and perform simple actions. Subsequently, however, his progress slowed down, which both scientists and Burkhart himself attributed to the fact that he could not feel the movements of the limbs.

Trying to figure out how to fix this problem, Ganzer and his colleagues accidentally noticed that the skin of the cyberruck had not completely lost its sensitivity. She continued to generate signals when touched and moved, but they were too weak to be “noticed” by the patient’s brain.

Neurophysiologists have checked what happens if you try to amplify this signal using external sensors, micromotors and electrodes. They generated vibrations and sent electrical impulses of a certain type to the patient’s skin at the moment when he touched an object or made movements.

As subsequent experiments showed, thanks to such an improvement, Burkhart almost unmistakably began to learn that he was touching on an object without looking at it. In addition, because of this, arbitrary movements of the hand became faster and more accurate, thanks to which Burkhart was able to limit the strength of his movements.

In the near future, Ganzer and his team plan to create a new version of such a cyber prosthesis that can be used not only in the laboratory, but also in the home environment. Such neural interfaces, as scientists hope, will help many people regain the opportunity to lead their own lives.