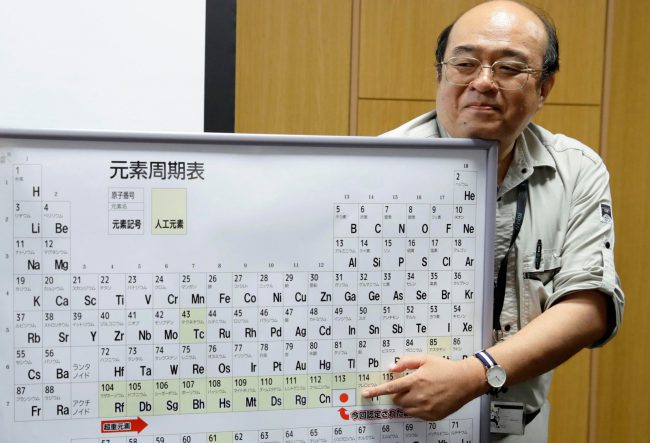 Now kids at school should learn at four chemical elements of periodic system more. The issue of official recognition of these elements was resolved in December, 2015. The international union of theoretical and application-oriented chemistry the other day accepted official names for elements with sequence numbers 113, 115, 117 and 118.

Four superheavy elements (having property of very bystry decay on easier) were synthesized between 2002 and 2010 by the Japanese, Russian and American teams of scientists. The request about assignment of a name to these elements of the side was sent in June of this year. Five months of reviewing of this business later the commission made the positive decision.
From where these names went? Everything is very simple. The Japanese researchers who created the 113th element Nikhony gave it such name from the word “nikhon” that in Japanese Japan means. An element Moskovy with sequence number 115 received the name in honor of the capital of Russia. As for the 118th element, Oganeson, it was called in honor of the famous nuclear physicist and the academician of RAS Yury Tsolakovich Oganesyan who is, in addition, the coauthor of opening of many heavy elements of the table of Mendeleyev. The scientists of Ok-Ridzhsky national laboratory who were also helping with opening of the 115th element and personally opened the 117th element which received the name Tennessin called it in honor of the native State of Tennessee.