Hawking called present time the most dangerous to the planet 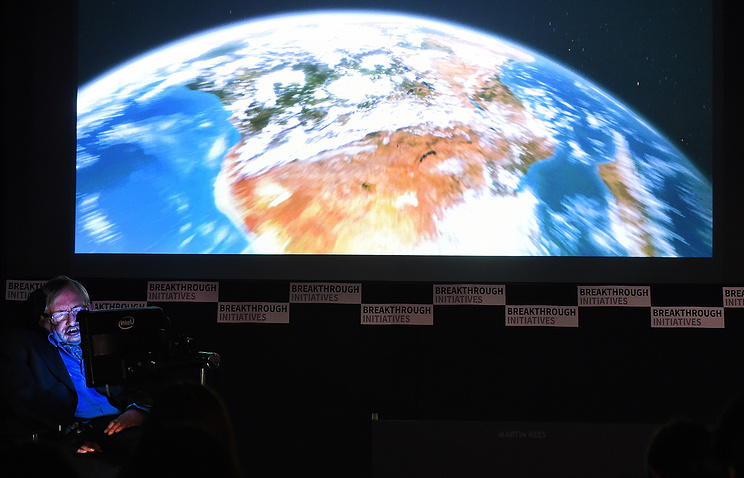 The physicist-theorist Stephen Hawking considers that now our planet has “the most dangerous time”. About it he wrote in the column in the British newspaper The Guardian.

The scientist in the article touched upon a subject of stratification of society and the accruing gap between elite and middle working class, and also problems of migration and ecology.

Hawking notes that economic disparity is influenced also by the full automation of factories reducing quantity of workplaces, and promotion of artificial intelligence.

“It in turn will accelerate already flared economic disparity around the world. The Internet and various platforms allow very small groups of people to get huge profit, hiring very few people. It is inevitable, it is progress, but it is also socially destructive”, – the physicist considers.

At the same time Hawking considers the arisen situation a step to financial trouble. According to the scientist, “we live in the world of expansion, but not reduction of financial inequality”.

Raising the question of global distribution of the Internet, the physicist emphasized that for it “an opportunity to use worldwide network was release”. At the same time Hawking considers an important negative factor influence of social networks on a bigger stratification in society.

“The most wealthy men of the world by means of phone everyone has an opportunity to watch how spend time almost. And here inhabitants of slums, having looked at Instagram, join a bigger number of economic migrants and move off in searches of the better life. These migrants in turn make new demands to infrastructures and economic systems of the countries to which they arrive”, – the scientist explained.

Hawking at the same time paid attention and to a number of serious environmental problems, such as climate change, production of food, an overpopulation of the planet, epidemic, pollution of the ocean.

It is possible to solve problems only having united, the scientist writes. “Perhaps, through several hundreds of years, we will create colonies on other planets, but right now Earth at us one and we shall cooperate to protect it”, – Hawking called.