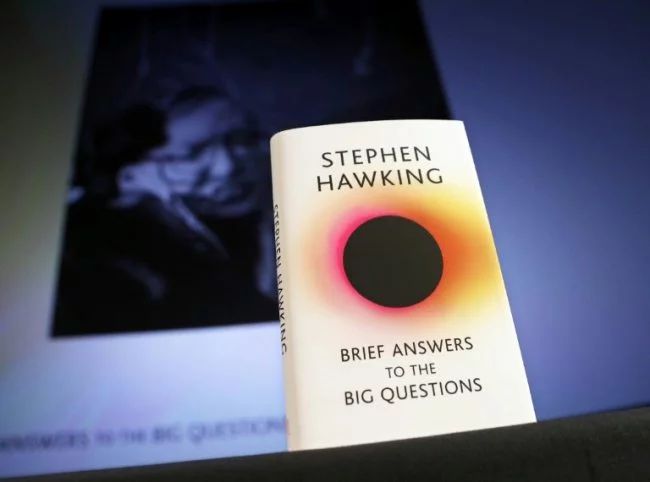 Stephen Hawking’s latest work, which addresses issues such as the existence of God or the possibility of time travel, was presented on Monday by his children, who tried to finish the book after the death of the British giant astrophysics. Hawking was always asked about the same things, so he began working on Short Answers to Big Questions last year, but did not finish it until his death in March at the age of 76. The book was completed by a family and academic physicist colleagues, taking materials from his own personal archive.

“He was constantly asked about the same thing,” says his daughter Lucy Hawking.

Hawking’s latest book
In this book, the physicist tried to “give the most accurate, clear, understandable answers that he gave.”

“It is a pity that he does not see this now,” laments the daughter.

Hawking, chained from a youth to a wheelchair due to illness, devoted his whole life to the mysteries of the universe. The 1988 book “A Brief History of Time” brought him particular popularity. He gained fans outside the world of astrophysics and prompted people to think about the very basics of being. He also left some answers to his questions in his last book.

The ten questions Hawking tried to answer were:

Does God exist?
How did it all start?
What is in a black hole?
Can we predict the future?
Is time travel possible?
Can we survive on Earth?
Is there another intelligent life in the universe?
Should we colonize space?
Will artificial intelligence surpass us?
How do we shape the future?

Many tasks
In his book, Hawking says that people have no other option than to leave the Earth, otherwise they risk to be “destroyed.”

He says that computers will surpass people in intelligence over the next 100 years, but “we need to make sure that computers have goals that are consistent with ours.”

Hawking says that the human race has improved its mental and physical properties, but the genetically modified superhuman race, with its excellent memory and immunity to disease, will surpass the rest.

He believed that by the time people understood what was happening with climate change, it might be too late.

Hawking says that the simplest explanation is that God does not exist, and that there is no convincing evidence of existence after death, although people may continue to live under the influence.

In the next 50 years, according to Hawking, we will begin to understand how life began and, perhaps, we will discover life existing somewhere else in the Universe.

“He was deeply concerned that while problems are global, we are becoming more local in our thinking,” says Lucy Hawking. “This is a call for unity, for humanity, to return itself and to challenge the problems that lie before us.”

In his final scientific article, Hawking sheds light on black holes and the information paradox; The new work also calculates the entropy of black holes.