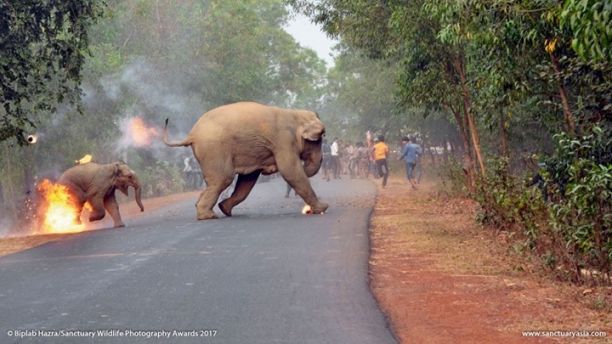 The photo shows the moment when two elephants were attacked in eastern India by a crowd of people for fun. According to the Sanctuary Asia fund, such scenes can often be seen in the Bancura district of West Bengal.

“The stupidity and bloodthirstiness of people who attack elephants for fun is amazing. Such scenes can be seen all over the country, and the government of the country does nothing to stop this disgrace, “said the journalist who made this photo.