Hens have appeared much more cleverly than we thought 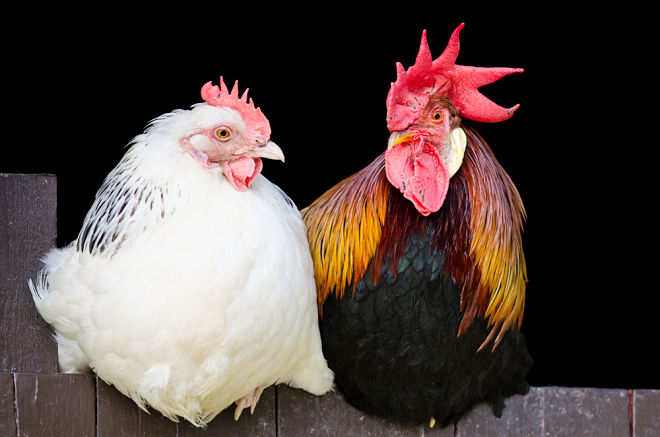 About the silly person often say that he has birdbrain. But it appears, hens at all not such confused birds as it is considered to be. They have personal division and can deceive each other. They are able to consider, keep at a distance in hierarchy and have deductive thinking which at people develops at the age of seven years.

Mental abilities of hens were too underestimated, unfairly leaving them in a shadow of other bird’s groups. Came to such conclusion Laurie Marino, the senior research associate of The Someone Project, a joint project of the Farm Sanctuary and Kimmela Center organizations (USA), researching psychology, behavior and emotions of the most widespread pets. Work is published in the Animal Cognition magazine.

“The idea of chicken psychology is represented strange for most of people — Marino says. — As a rule, these birds are perceived by the deprived intelligence and psychological characteristics which we recognize at other reasonable animals”.

However, as it became clear, hens have some idea of numbers. Experiments with just hatched baby birds showed that they understand quantitative distinction and a poryadkovost which belongs to a capability to unite objects in a series. The five-day baby birds watching two sets with different quantity of the objects disappearing screens could track successfully what of them contained bigger number of elements, apparently, performing simple arithmetic operations — addition and subtraction.

Hens were also capable to remember a trajectory of movement of a ball for 1-3 minutes, depending on experimental conditions, showing the abilities inherent in the majority of primacies. Still birds show self-checking signs, so far as concerns receipt of the best edible award, and can independently estimate the provision at hierarchies. These two characteristics confirm availability of consciousness.

Chicken communication is quite difficult and consists of the wide repertoire of various visual “gestures” and at least twenty four vocalizations. They can use some sounds as an alarm signal. This capability requires a certain level of consciousness and ability to foretell reaction of other animal that is characteristic of highly intellectual types, including primacies.

Hens perceive certain time frames and can expect future events. As well as many other animals, they show the cognitive skills in the social situations requiring the problem resolution.
These birds are capable to experience a number of negative and positive emotions, including fear, expectation and concern. They make the decisions based that it is better for them. Besides, they possess a simple form of sympathy under the name emotional infection.

Division on the personality is peculiar to chicken “society”, and chicken mother differs in individual maternal traits which, apparently, influence behavior of baby birds.

These feathery not silly creations, they study each other and can outwit each other. Marino is sure that the new view on behavior and psychology of hens will lead to obtaining more exact and full data allowing to understand what they are actually.