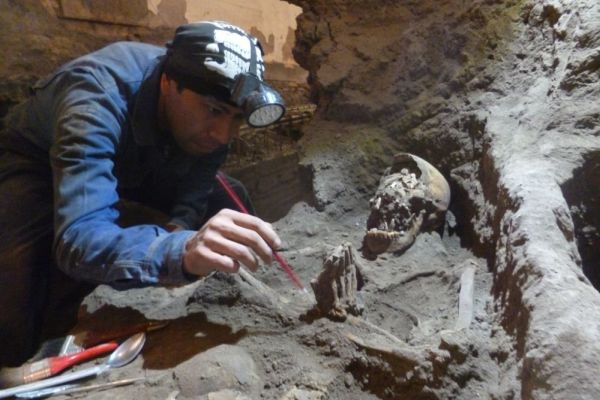 In Mexico, archaeologists from the National Institute of Anthropology and History (INAH) excavated the Church of the Immaculate Conception in the area of ​​La Conchita, the ancient city of Coyoacán, and discovered the remains of a chapel built on the orders of the famous conquistador Hernán Cortez.

As reported on the INAH website, excavations in the nave of the New Spain temple started back in 2013. As a result, an archaeological site was discovered inside the church and next to it. His study revealed the ruins of a small chapel, which, according to scientists, was built around 1524. Moreover, it was erected on the site of a more ancient Indian structure.

This immediately prompted researchers to think about Hernán Cortez, the conqueror of the city-state of Tenochtitlan, the great and bloody Spanish conquistador. It is known that in 1522, after the capture of Tenochtitlan, Hernan Cortez settled in Coyoacan. It was an ancient Indian city that became the first Spanish settlement in Mexico.

Cortes ordered the construction of a small temple in this town. According to written sources, he gave the order in 1524. The chapel was built by the indigenous people. It was small and considered temporary, so it was built in a very short time and from not the most reliable, quickly deteriorating materials. It is believed that the chapel was built from sun-dried mud bricks, mud and wood.

However, the first monumental religious building appeared here only in the 17th century and was subsequently rebuilt more than once. Until the middle of the 18th century, Franciscan monks served here. The Dominicans who replaced them demolished the old church and built their own – the very temple of the Immaculate Conception that has survived to this day.

The traces of the very first chapel were lost and literally went deep underground. And only now archaeologists have found them. They are already trying to restore the architectural appearance of the temple, which was built by Cortez. According to archaeologists, the chapel had a large atrium – a square in front of the building where believers gathered.

It is interesting that under the chapel, the remains of structures erected by several peoples were found. The earliest of these were built between 650-900 AD. The remains of these buildings formed a mound, which was used by the Tepanek people who settled in this region at that time. It was this people who erected their temple on the mound, on the site of which a Christian chapel was later built.

During the excavations, about 500 burials were also found, including the pre-Hispanic period. Most of the remains were found in an ossuary – a special underground storage. Such crypts were used to make space for new burials in the cemetery.

In addition, archeology has unearthed over 100 fully preserved vessels and fragments of pots and jugs, as well as several daggers. The analysis showed that the vessels contained drinks and food. The presence of magui, agave and corncane fibers on the walls of the vessels, as well as the remains of various fruits and vegetables, beans and even hot peppers, was revealed. Perhaps this was all meant for sacrifice.