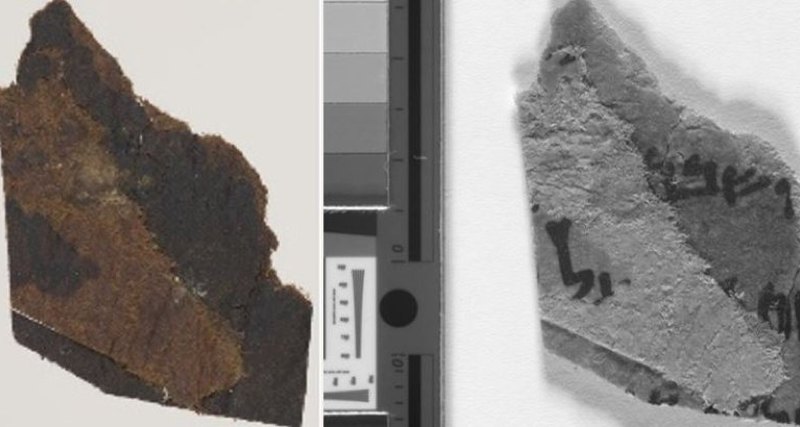 On some fragments of the Dead Sea Scrolls, which for a long time were considered empty, a hidden text was found that scientists did not notice.

The Dead Sea Scrolls are ancient religious manuscripts of the third century BC. They were discovered in the 1940s, but scientists still know very little about them.

Thanks to a random discovery made in the UK, scientists realized that some clean fragments of scrolls that had been stored at Manchester University for over 20 years contain ancient inscriptions invisible to the eye. They managed to make out in other spectra.

Fragments were handed over by the Jordanian government to leather and parchment expert Ronald Reed of the University of Leeds in the 1950s. Since there was no text on the scrolls, they were considered uninteresting to science.

In 1997, Reed’s collection was donated to the University of Manchester. And more recently, the historian and archaeologist Joan Taylor of King’s College London, after examining the fragments, realized that this was not just empty parchment. “Looking at one of the fragments through a magnifying glass, I saw a small faded letter“ Lamed ”- the Hebrew letter L,” says Taylor.

It was later discovered that four fragments contain readable text in Hebrew and Aramaic, written in carbon based ink.

The research is ongoing – we should know its results very soon. So far, scientists have identified four lines of partially saved text, each of which consists of 15-16 letters.