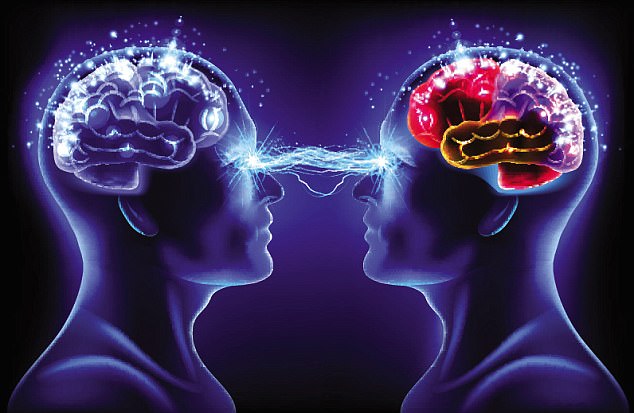 Openwater, founded in mid-2016 by Dr. Mary Lou Jepsen, the former head of Facebook and Google, is developing a device that can allow people to see in great detail what is happening inside their brain or other organs.

The technology developed by the company works on the basis of infrared scanning of the body and creation of a high resolution holographic image by scanning results. The technical filling in the form of LCD displays with infrared ports can be built into any piece of clothing, for example a ski cap that can visualize tumors, bleeding or clogged arteries in your brain.

Although the technology has significant potential for detecting diseases, the ultimate goal of the company is to develop it before communicating through thinking, which they hope to achieve in just eight years.

“I realized how to put the basic functions of a multimillion dollar (in dollars) MRI machine into a gadget suitable for wearing a ski cap,” said Dr. Jepsen in an interview with CNBC television crews.

Magnetic Resonance Imagery machines can already see your thoughts, and Dr. Jepsen says that she worked on simplifying this technology right up to creating a helmet that can read and display thoughts.

It works on small LCDs with enough small pixels to create holographic images that, along with the use of body temperature sensors, allow scanning organs with the resolution of MRI technology.

LCD displays along with the sensors are placed inside the ski cap, in the clothing parts or in the bandage, and can systematically or selectively scan the brain or body.

The system can also be used in the opposite direction – to focus infrared light on any area of ​​interest in the body or brain, for example, for irradiating tumors.

In the future, this technology can allow non-invasive loading, unloading or even enhancing our memories, thoughts and emotions. According to Openwater, a limited number of prototype devices will be released next year for partners in the framework of early access to the developed technology.

Dr. Jepsen told CNBC that technology will accelerate innovation – for example, filmmakers will be able to download their ideas about films, and designers – their thoughts about the product, and send them to a 3D printer.

Openwater is not the only company working towards telepathy. Neuralink Elona Mask company is working to connect the human brain with the machine interface, creating devices of micron size.

Neuralink was registered in California as a company of “medical research” in July last year, and Mask plans to finance the company mainly independently. His company will work on what Mask calls “neural lace” technology, introducing tiny brain electrodes that can one day download and download thoughts.

His technology of “neural laces” can help people with severe brain injuries after four years. And in eight to ten years, the Matrix technology will be available to everyone.

Dr. Jepsen noted that the Neuralink approach of Elona Mask is an invasive method, and Openwater is not.