Homo sapiens did not have evolutionary advantages 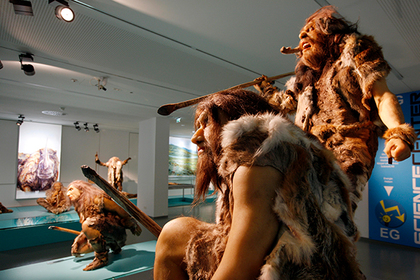 American scientists came to the conclusion that the gene FOXP2, associated with speech and the ability to teach languages, did not give any evolutionary advantages to Homo sapiens. Earlier it was believed that this part of the DNA provided modern people with an advantage over the Neanderthals and other archaic species of the genus Homo.

FOXP2 encodes a transcription factor that regulates the activity of other genes. It is shown that mutations in the gene are associated with speech and language disorders. FOXP2 human is different from FOXP2 other primates with two amino acids. In addition, signs of pressure of natural selection were found in the gene, which indicated that it played an important role in human evolution. scientists have established that one of the variants of the gene quickly spread among people about 200 thousand years ago.

In the new work, researchers conducted a statistical analysis of the various genetic variants of FOXP2 using data on genomes from two databases – the Human Genome Diversity Panel (HGDP) and the 1000 Genomes Project phase 1. It turned out that when considering all people, regardless of their origin, one of the options really becomes more common than others. However, if you analyze Africans separately from Europeans and Asians, then differences are not observed.

This is because with the migration of people from Africa, some variants of genes have spread outside the continent, in which people appeared from the beginning. With the growth of populations on other continents, individual alleles of FOXP2 have become widespread. A similar picture is observed with some other parts of the human genome. If the “gene of speech” was influenced by natural selection, then it would be the only part of DNA with such a distribution among different population groups.

According to the researchers, the results of the work do not reject the possibility that FOXP2 could play a role in human evolution, however in any case this gene was not of decisive importance.