Houses on Mars will be built from chitin 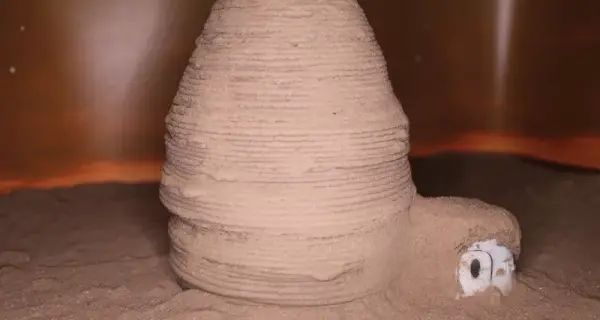 The appropriate technology for the production of building materials was proposed by a group of scientists led by Javier Fernandez from the Singapore University of Technology and Design.

The developers assume that future exploration missions to Mars are likely to remain on the planet for a long time, and accordingly, they will need some kind of shelter, and perhaps even settlements. And chitin, which is produced by many terrestrial organisms, is, according to scientists, a very suitable material for such buildings – its production can be established in any artificial ecosystem.

In the course of their research, Fernandez and his colleagues used simple chemical processes, readily available in the early stages of planetary development, to produce building materials with a minimum set of equipment and very low energy costs. The main components of this material were chitosan, as well as an artificial mineral substance similar in quality to the Martian soil. This material was then used to create various objects for demonstration purposes – from simple objects to shelters – that may be useful to the first explorers of Mars.

“Contrary to popular belief, biotech manufacturing and renewable resource technologies are not a substitute for synthetic polymers, but they allow us to develop a new paradigm in manufacturing and do something that cannot be achieved with synthetic materials,” says Fernandez. “We have shown that such technologies are of key importance not only for the preservation of the Earth, but also for the next great goal of mankind: making it an interplanetary species.”