How and why are priests jealous 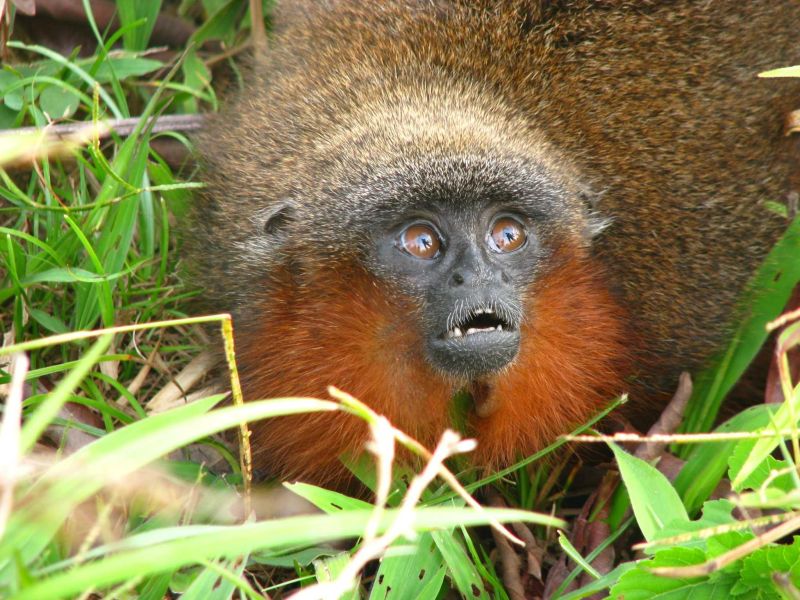 Experiments on monogamous monkeys have shown that jealousy arises from the work of groups of neurons involved in the formation of negative experiences.

The most suitable model animal for studying monogamous relations is the yellow-belly vole: these small rodents choose a couple for life. But the voles brain is very different from the human, so the neurobiology of their social behavior can seriously differ from ours. To at least approximately find out how the human brain works, it is better to study the brain of primates. So did the authors of the study, published in Frontiers in Ecology and Evolution.

Neuroscientists have chosen monogamous primates – the South American jumper (Callicebinae), who spend their whole lives with one partner, protect it, take care and are jealous: when one of the monkeys shows interest in other adult individuals, the partner physically stops contact attempts.

Scientists forced the jumpers to be jealous, showing them how their partners communicate with extraneous males. The control group was shown how unfamiliar heterosexual monkeys communicate. For half an hour, while the animals looked at how their chosen women played with unfamiliar males, scientists scanned the brains of jumpers and monitored the concentration of hormones that regulate sexual behavior.

In male jealous, the brain departments, which people associate with social behavior and the negative emotions associated with it, were especially active, the cortex, as well as the corpus callosum, which is considered one of the main participants in the process of forming social ties and attachments in primates . In addition, jealousy was accompanied by the release of the stress hormone cortisol and testosterone, with cortisol more in the blood of those animals that had longest observed their partners playing with other jumpers.

Comparing their results with the results of experiments on voles, researchers came to the following conclusion: in primates, as in rodents, for the formation of social bonds responsible for the areas of the brain responsible for memory and associated with the reward system. But the behavior aimed at preserving social ties – for example jealousy – is regulated by a system of negative reinforcement. In other words, when an animal chooses a partner, it seeks to have fun, and by keeping him or her, tries to avoid unpleasant experiences (in this case, parting).

The corresponding groups of neurons in primates and rodents are located in different parts of the brain, but the hormones work the same. “Monogamy could arise several times during the evolution of different taxa – hence the differences in its neural mechanisms, but the mechanisms of the formation of social ties, including jealousy, could develop convergently, so the chemistry behind these behaviors is so similar in different species, – explains Karen Beyles (Karen Bales), a neuroscientist from the University of California and one of the authors of the study.