How are the “light pillars” formed? 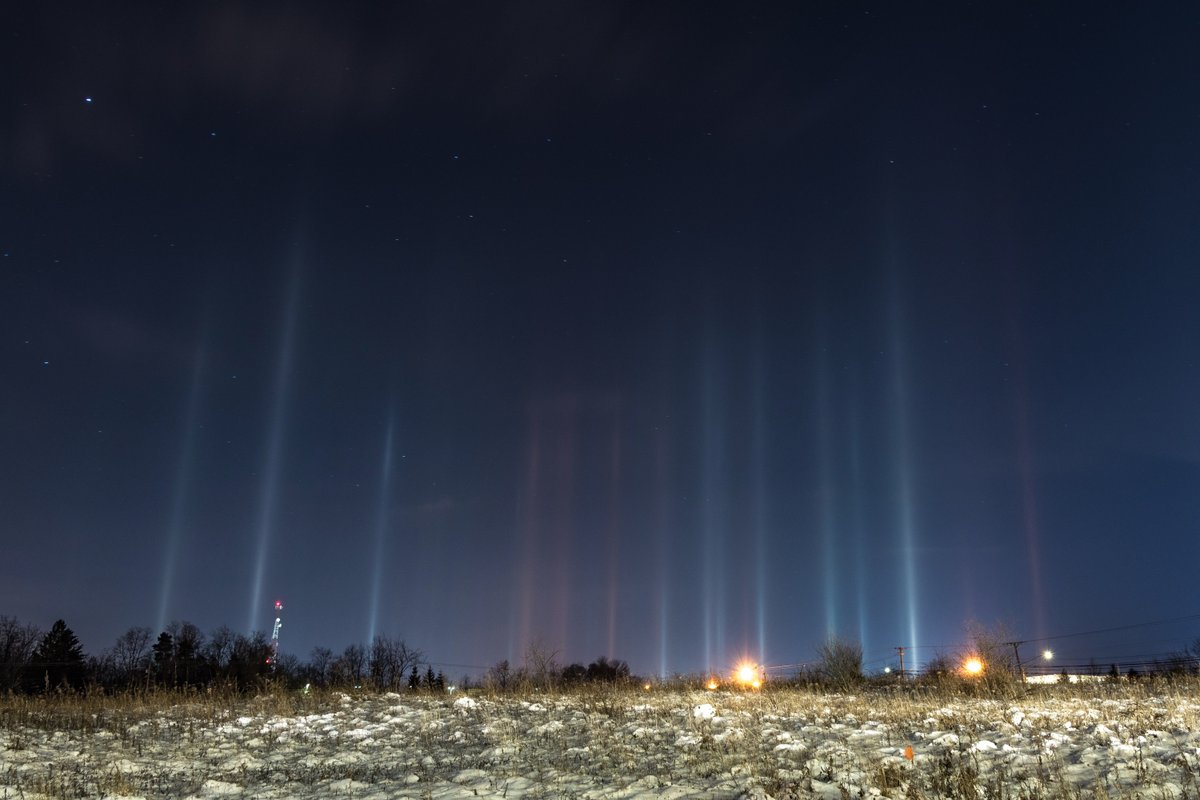 Light columns – the so-called weather phenomenon, which is a narrow strip of light, which seems to stretch from the sky to the earth. They are most often observed in the extreme north closer to the Arctic. But thanks to the cold weather the US is experiencing, the light poles have noticed last week far to the south – to Ohio.

Photographer Mike Vilhaber took photographs showing dozens of bluish-white rays that stretched across the horizon. According to the site “Atmospheric Optics”, optical illusion is formed when cold winter air allows millions of flat ice crystals to descend lower. When the light from street lamps touches the crystals, the appearance of thin long pillars is created.

Although the light poles on the Wilhaber photo appear white, they can take on any shade depending on the light source. Light columns that are formed above street lamps, often painted in orange.

Light columns are best seen at night, but the case in Ohio is not the only one when the rays suddenly appeared in the sky. When the light from the rising or setting sun touches the ice crystals, it creates a phenomenon known as solar columns. Columns of light are often painted in pinkish-red and orange shades of the Sun.

Light posts, as seen in Ohio, are mostly visible at the neutral point between the light source and the eyewitness. When the crystals are higher in the atmosphere or the light source is closer, the pillars seem to be located just above the head, like an atmospheric candelabrum.

Low-lying ice crystals create a number of other strange atmospheric spectacles, such as pargels or the solar halo.