How big, high and deep is the Earth? 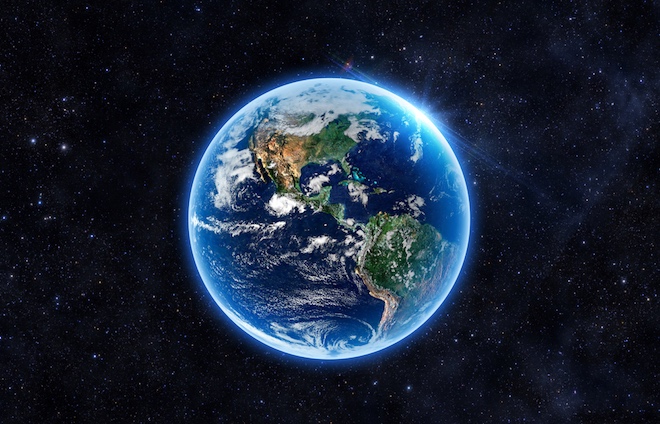 Earth is the third planet from the Sun and the fifth largest planet in the Solar System. In size it is surpassed only by the gas giants Jupiter, Saturn, Uranus and Neptune. But among the terrestrial planets in our system, it has no equal. The earth is bigger than Mercury, Venus and Mars.

The Earth’s radius at the equator is 6,378 km, according to the World Geodetic System, which is the standard used in cartography and navigation. However, the Earth is not quite a sphere. The rotation of the planet makes it convex around the equator. The equatorial diameter is 12,756 km, but the diameter from pole to pole is 12,710 km – a difference of 46 km.

The equatorial circumference of the Earth is about 40,075 km. However, the meridional circle – from the pole to the pole – is only 39 930 km. This form, caused by flattening at the poles, is called an oblate spheroid.

According to NASA, the Earth’s density is 5513 grams per cubic centimeter. Our planet is the densest in the solar system because of its metallic core and rocky mantle. Jupiter, which is 318 times more massive than the Earth, is less dense, because it consists of gases, such as hydrogen.

The total surface area of ​​the Earth is 510 million square kilometers. About 71% is water and 29% is land.

The highest and lowest points

Mount Everest – the highest place on Earth. It rises above sea level to a height of 8,848 m. But the highest point of the Earth, according to the National Oceanic and Atmospheric Administration (NOAA), is Mount Chimborazo in the Andes in Ecuador. Despite the fact that Chimborazo is 3048 m lower (relative to sea level) than Everest, this mountain is removed to outer space by 2,073 m more because of the equatorial bulge of the planet.

The lowest point on Earth, according to NOAA, is the Challenger Deep, located in the Mariana Trench in the Western Pacific at a depth of about 11,034 m below sea level.