How can earthman’s health research help the astronauts? 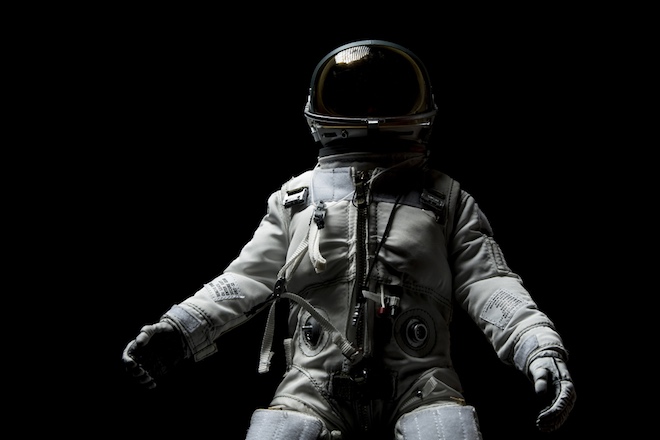 The cosmonauts work outside this world. They meet sunsets and sunrises 16 times a day, and for weeks and months in orbit their body varies greatly. They lose muscle and bone mass, and many aspects of their health are affected.

Cosmonaut of the European Space Agency (ESA), Luca Parmitano, tells Euronews how they devote themselves to science: “We are going to space not for the sake of species or its beauty. We are not tourists. Professional cosmonauts work only for the sake of science, technology and, of course, the maintenance of the space station. ”

The center of the most intriguing research of the health of cosmonauts is Berlin.

Researchers Charite – Medical University of Berlin developed a new, unique headband sensor, which determines the body temperature of the astronauts. Dr. Hanns-Christian Gunga, professor of physiology, explains: “We want to know the temperature of the brain, because the brain is the most important organ, and not only for astronauts, but for all people.”

An amazing discovery was the fact that cosmonauts who exercise every day, the central temperature of the body is higher in space than on Earth. And no one can explain why.

“It can affect everything they do,” explains Professor Gung. “The brain is very sensitive to any changes in temperature. For example, it concerns the time of awareness, perception or making informed decisions – you will need more time if you have a fever. ”

As the research continues, Professor Gunga also adapts the head temperature sensor to users on the Earth, from firefighters to post-operational workers. He explains why innovations in the health of astronauts are so important on Earth: “We need equipment that is non-invasive, easy to use, lightweight, durable and that would work on batteries. All that it could fit astronauts in space. ”

Cosmic solution to the problem of back pain?

Free swimming in space can seem like a dream, but it also brings its own problems. More than half of the cosmonauts complain of back pain, as well as about half of the inhabitants of the Earth. “I definitely felt that my spine was lengthening in orbit, because the muscles were constantly stretching,” says Parmitano. – I felt a strong pain in my back. And on returning, the opposite is true. ”

The solution of the problem is probably already on the way thanks to Northumbria University in Newcastle, England. The team of the Laboratory for Space Medicine and Rehabilitation is confident that they have found a way to stimulate the muscles around the spine, using a new simulator. “At the moment, our participant Kirsti is working on our Functional Readaptive Exercise Device, we call it brief FRED,” says Andrew Winnard, a lecturer in biomechanics.

Exercises for the hips, legs and feet at first seem simple. But in fact, such circular movements are very complex, since the resistance mechanism was removed from the simulator. Professor Nick Kaplan explains: “Since there is no resistance to movement, which would be on a conventional simulator, Kirsti has to create his own resistance in the legs. Therefore, while one leg is dragged down under the influence of gravity, the second leg is forced to resist the movement of the first, so as not to let it fail. ”

The team now wants to send a similar simulator to the ISS, so that the astronauts try it, and in the meantime they themselves experience it on those Newcastle residents who suffer from back pain. “With all the work that we are doing on FRED, we hope that we can apply it to accelerate rehabilitation for everyone who has pain in the lower back, due to a sedentary lifestyle in the office,” says Winnard.

For more than two decades the ISS has been the second home for cosmonauts. During this time, thanks to innovations, many areas have moved forward, including telemedicine – providing health care at a distance.

In the technical center of the European Space Agency in the Netherlands, the engineer Arnaud Runge demonstrates a prototype telemedicine that will allow the doctor to drive from the Earth an ultrasound device located at the space station using a robotic interface. The idea is that the astronaut brings the device to the desired position on his body at the point where he wants to receive a picture. And the doctor on Earth will use the control panel to control the movements of ultrasound.

Astronauts are ideal patients for experiments

Studies in space related to the field of health cover a wide range of areas: from cognitive exercises to new medicines. The cosmonauts themselves are an ideal combination of volunteer patients and scientific assistants.

“We know that they eat, what exercises they perform, we know their patterns of sleep,” says Professor Kaplan. “Therefore, we have a controlled population without burdening factors that you usually see among the general population of the Earth.”

Of course, the cosmos is special, and it allows you to conduct experiments that lead to new discoveries. “On Earth, it is impossible to remove one factor, and this is the desire for the center of the Earth, that is, gravity,” says Parmitano Euronews. – In orbit, we can conduct experiments without taking gravity into account. And despite the fact that science remains the same, the results will always be different. ”

These results teach us much about human physiology; these lessons should help us, earthlings. According to Runge of CEN: “Technologies that will support the health of astronauts during their missions to Mars will be the same technologies that our children and grandchildren can use.”

People have not yet evolved enough to live in orbit, but what teaches us to live there helps us to know more about how to stay healthy on Earth.