How can surveillance help save penguins 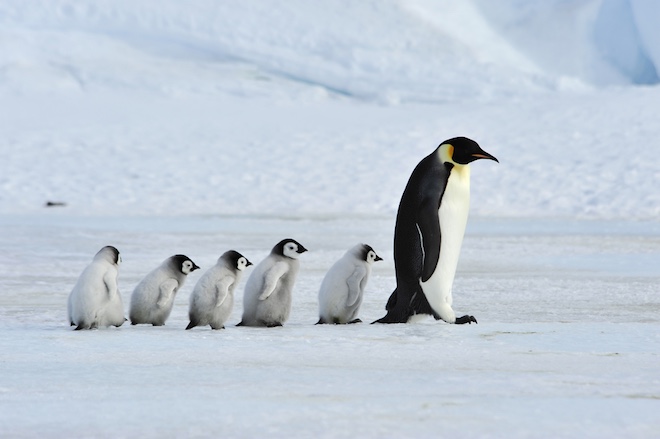 With the melting of glaciers the habitat of the emperor penguins is changing, which brings them big problems. Today, scientists have developed new systems that will help monitor these animals, even thousands of kilometers away, and, they say, this will help find a way to save the species from extinction.

Dr. Daniel Sitterbart, researcher at the Oceanographic Institute in Woods Hole, says such animal studies will help, for example, determine exactly where and which penguin colonies can live longer, and based on this data, large or governmental organizations can begin to develop a set of actions, for example to protect certain territories.

Despite the fact that now the imperial penguins have the status of “a state close to the threatened”, and not “under threat of extinction,” scientists fear that with the continuation of global warming their population will decline.

The developed tracking system is a small camera installed in ice approximately 30 meters from the colonies. The cameras take a photo every minute, and the behavior of penguins on these photos correlates with the air temperature at this time, wind speed, humidity and other indicators. Both the photos themselves and weather data are published online, so they can be analyzed from anywhere in the world.

Dr. Rod Downey, the head of the polar programs at the World Wildlife Fund in the UK, also notes the cost-effectiveness of this method of conducting research under extreme conditions, which was once a big problem, since all expeditions in such harsh conditions were expensive and complex.