How did the cuttlefish become a master of camouflage? 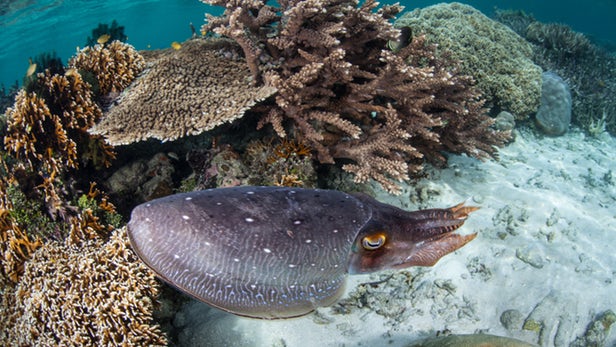 Cuttlefish is often called a sea chameleon and is not in vain, because its ability to disguise itself under the environment is simply amazing. This amazing creature is able not only to change its color, but also the surface structure of the skin in a matter of seconds.

Scientists at the Marine Biological Laboratory and the University of Cambridge studied the features of cuttlefish and made this sea animal has an extensive and rather complex neural system like squid neural system, which helps the cuttlefish skillfully masked.

Just look at the photo below and try to find there cuttlefish. This, of course, is real, but you will agree, it almost merged with sand and it’s hard to believe that it is a huge sea mollusk. 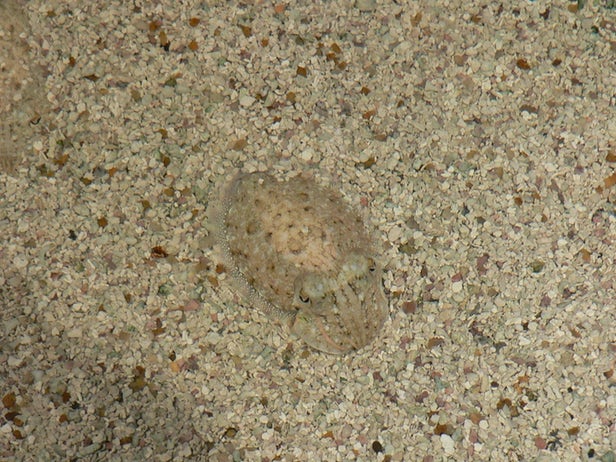 Scientists consider cuttlefish as one of the most intelligent sea mollusks. This deserves admiration cuttlefish when fantastic adjusts its color up to the slightest shade under the environment at the time, her eyes did not distinguish colors.

Cuttlefish manages its masking ability via tiny, muscular bodies, called chromatophores, which contain hundreds of thousands of pigmented granules and collapsible membrane. Thanks to a well-developed neural system, the cuttlefish became a true camouflage ass under the water.