How did the people in the last 100 thousand years 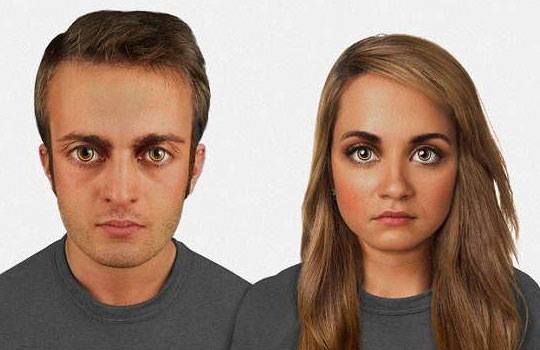 Life on Earth is constantly evolving. A process called evolution, almost never stops, although it would seem that living fossil has its own opinion on the matter. Our species Homo sapiens to living fossil is definitely not irrelevant. Are we still evolyutsioniruet? Actually, Yes, scientists say.

Over the last 100 thousand years, people have accumulated many changes, not only hiding in the depths of their genotype, but perfectly visible to the naked eye.

Thousands of human genes are changing from year to year, from generation to generation. For example, our brains have become smaller in size, but more efficient. And eyes something anyone reasonable has acquired a blue color. Yes, blue eyes are a sign recently. As we’re told by data of the genetic analysis, the first blue-eyed man appeared from 6 000 to 10 000 years ago somewhere in the Black sea region. For some reason, this phenotype has become very popular with approximately 5% increasing chances for reproduction, and today the planet has been living for half a billion blue eyed people.

Another striking example of evolution is the occurrence of hemoglobin S (HgbS). This genetic mutation makes people immune to malaria, but at the same time is fraught with other disease – sickle cell anemia. The fact that in some tropical regions, malaria is a killer of people number one. Therefore, sooner or later had to appear mutation that protects against this terrible disease. She did, indeed, increasing the resistance of erythrocytes to a malarial parasite. Unfortunately, this same mutation causes sickle cell anemia – a disease manifested by a lack of oxygen or high aerobic activities. The good news is that resistance to malaria gives many other genes, in addition, today we are witnessing the emergence of new mutations that increase the stability of such terrible diseases as leprosy and tuberculosis.

Another evolutionary acquisition of genetic tolerance to milk sugar – lactose. Primitive man ate only milk in early childhood, and the enzyme lactase that breaks down milk sugar, stops producing it at the age of several years. Over time, some groups started to consume dairy products, and in these populations the production of lactase started to take increasing time, eventually persisting in adults, and even elderly individuals. As expected, this trait often manifests itself in those regions where dairy farming was a long time, and the milk had become an important part of the diet. Tolerance to milk, as expected, appeared in the period from 3 000 to 8 000 years ago, but is now found in almost 95% of the population of Northern Europe.

Our teeth are also changing. More and more people do without wisdom teeth, which appear later or not appear at all. According to anthropologists, wisdom teeth were useful in the days when people cooked and ate a rough and hard food, causing rapid wear of the molars. That is to replace the worn molars and was intended wisdom teeth. Today, 35% of people have no wisdom teeth. Genes involved in this process are still unknown, so full of confidence in understanding the mechanism of this loss researchers have no.

So how are we going to look like in the Millennium? Maybe – like the picture to this article. Maybe very different. Even if we ignore new technology and different directions of selection pressure, evolution will necessarily change our descendants with the same mutations. 10,000 years ago no one had blue eyes. Who can guess that evolution will make in the next 10,000 years?