How did the water appear on the Earth? 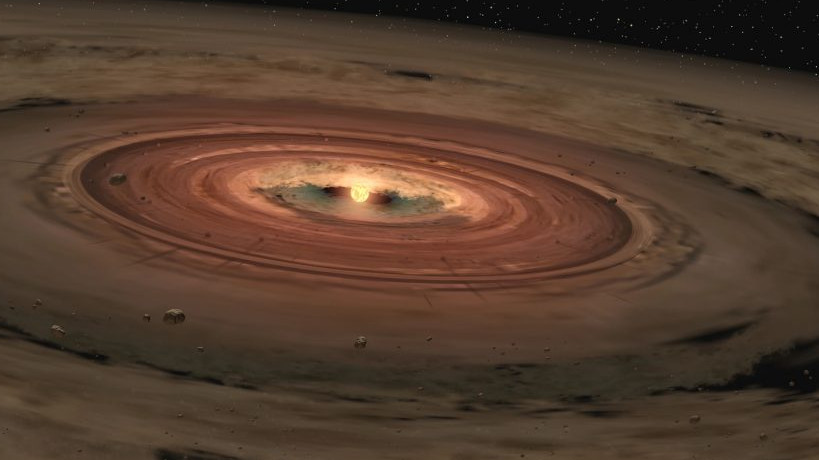 Water caught in a trap of solid dust particles, from which the Earth is formed, can explain a large amount of water on the modern Earth. This conclusion was reached by scientists from the Netherlands, Germany and the United Kingdom, based on computer calculations and simulations. The study will appear in two articles in the journal Astronomy & Astrophysics in the near future.

For a long time, scientists have been trying to find an explanation for the large amount of water on the surface of our planet. The first scenario indicates that water was supplied by comets and asteroids that hit the Earth. According to the second scenario, the Earth was born already wet, and water was already present on its large ten-kilometer boulders, from which it was created. However, the amount of water that these large boulders can contain is still limited.

At the present moment, an international team of scientists proposed a new scenario for the appearance of water on Earth. Scientists explain that in a region where the Earth once was born, there were many grains of dust with water inside. Water-rich grains of dust joined each other, creating boulders of impressive size. And these boulders contained a sufficient amount of water.

New calculations also show that dust particles can collect enough water in just one million years. A million years corresponds to the time it takes to form large boulders.