How do animals have teeth? 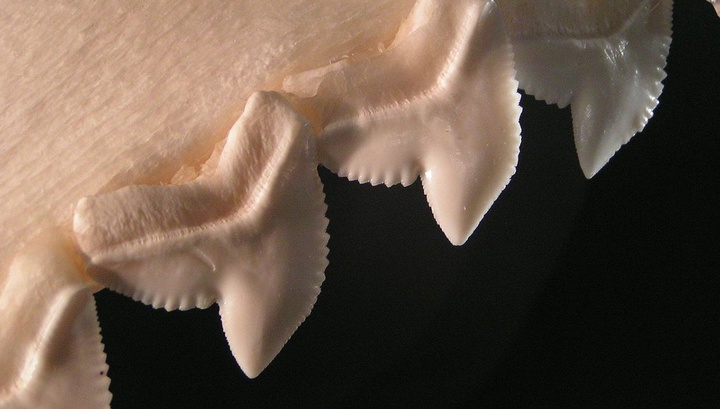 One of the most controversial topics for evolutionary biologists is the appearance of teeth. The thing is that there are two “working versions” about their formation. According to the first, the teeth of ancient marine inhabitants have their own evolutionary origin. The second hypothesis suggests that the teeth began to develop in fossil animals in parallel with the formation of the jaws, and their “ancestors” were special scales on the body of ancient fish.

True, it is worth noting that millions of years ago, scales were little like modern. It was more dense and resembled, rather, bone formation.

The team from the University of Cambridge decided at all costs to find out how it really was.

Recent studies of zebrafish have shown that flakes and teeth in their embryos develop from different clusters of cells, the researchers note.

On the other hand, although most marine fish have a bone skeleton, there is among them a class whose skeleton consists solely of cartilage that solidifies due to mineral deposits. These are cartilaginous fishes (sharks, rays), one of the oldest branches on the genetic tree of sea creatures.

Cartilaginous fishes retained some primitive characteristics of their ancestors, which their “bone” relatives lost. Among such features are pointed scales (dermal denticles), as if embedded in the skin and having a striking similarity to “classical” teeth. 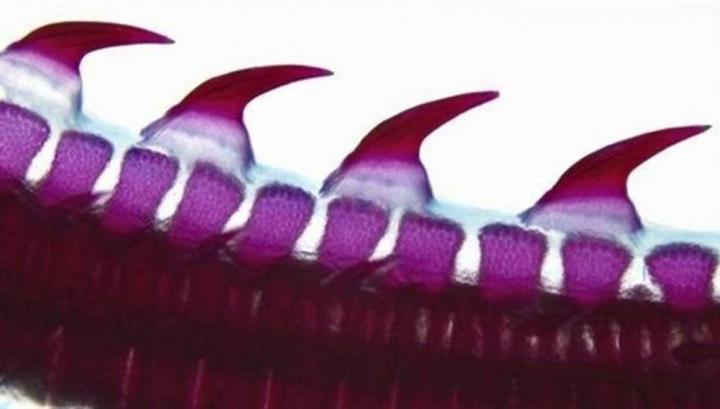 Knowing this, the scientists decided to do the same experiment that was conducted with zebrafish, but only this time to study cartilaginous fish. Specialists used fluorescent markers to track the development of cells in the embryo of a cartilaginous fish – a skewer (Leucoraja erinacea).

And it turned out that his teeth are formed from cells of the same type that forms the most pointed scales on the skin. This is the cells of the neural crest.

These data, according to scientists, confirm the theory that in the early stages of evolution, scalloped scales from the body of fish “migrated” into their mouths, and then formed teeth.

“The first primitive dermal teeth were much sharper, and only a few families of cartilaginous fishes survive, and the scales of most modern fish are very different from the ancients,” says Andrew Gillis, one of the authors of the study.

According to him, these differences are noticeable when touched: the skin of the shark, thanks to the teeth, resembles sandpaper (and, by the way, this advantage was enjoyed by the ancient ancestors of sharks). And the surface of the body of the bone fish is not so rough to the touch.

“Cells of the neural crest are key to the development of teeth in mammals, and our results suggest deep evolutionary connections between these primitive fish teeth and the teeth of modern vertebrates,” Gillis said.

The very formation of teeth, as well as the jaws proper, gave the ancient animals an important advantage. Previously, they could only filter the water and suck in small animals, but the jaws, provided with teeth, allowed the marine to move to a new level of nutrition: they began to chew bigger and meaty prey.

Dermal denticles, according to scientists, consist of dentin – this is a calcified tissue, which is also a large part of the tooth, just under the enamel. But experts believe that ancient animals also had something like “armor” – a mineralized superficial skeleton – from this very dentin.

400 million years ago, this “armor” protected vertebrates from their predatory relatives. Moreover, according to the authors, it could consist of unique plates: the bone base and the outer layer of dentin. These layers were probably formed from different types of embryonic cells, which explains the current discrepancy in the development of teeth in bone and cartilaginous fish.

“This ancient dermal skeleton has undergone significant changes over time.” Sharks and other cartilaginous fish lost the bone layer, and most other fish lost the dentin layer, “Gillis concludes.

Curiously, there is one kind of fish that still stores the signs of both layers of “armor”. This is a Nile mnogie, or bishir – a common aquarium fish. The body of bishirs is covered with a very large and hard scale of enamel, which is arranged in rows, and the water holes in them are covered with bone plates.

More details about its discovery, the researchers described in an article that is published in the journal Proceedings of the National Academy of Sciences.