How do animals see in the dark? 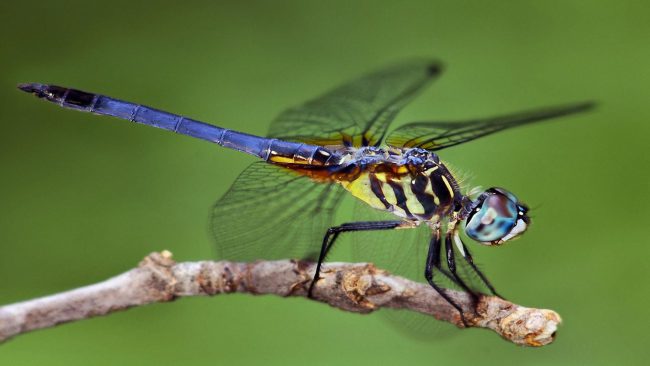 On a moonless night, the level of illumination can be 100 million times lower than in bright daylight. And if we are practically blind and completely helpless in the dark, cats quite successfully track down prey, and butterflies swiftly flit between the colors on our balconies. While we sleep, millions of other animals rely on their visual systems to survive. The same can be said of the animals that dwell in the eternal darkness of the deep sea. Moreover, the vast majority of animals in the world are mostly active in the dim light. How do they manage to use such powerful visual characteristics, especially insects, with their tiny eyes and brains less rice seed? What optical and neural strategies did they develop in order to see well in the dim light?

To answer these questions, let’s pay attention to the night insects. Despite their miniature visual systems, the night insects are perfectly seen in the dim light. In recent years, we have found that night insects can avoid and fix on obstacles during flight, distinguish colors, detect weak movements, study visual landmarks and use them for homing. They can even orient themselves, using a weak picture of the stellar polarization that the Moon creates, and navigate using the constellation of stars in the sky.

In many cases, this visual performance seems to be completely in violation of what is physically possible. For example, the night Central American bee Megalopta genalis absorbs only five photons with its tiny eyes, when the levels of light are at an extremely low level – an utterly elusive visual signal. And yet, deep in the night, it can travel through a dense and intricate rainforest during feeding and safely return to its nest – an inconspicuous hollow stick suspended in the undergrowth.

To find out how this is possible, scientists began to study the brave. These beautiful insects – hummingbirds of the invertebrate world – are represented by graceful, fast flying butterflies that are constantly looking for flowers with nectar. Once the flower is found, the mole floats before it, sucking out the nectar with the help of a proboscis, a rotary tube.

The European nightmarish Deilephila elpenor is a beautiful creature hiding in feathered pink and green scales, collecting nectar in the dead of night. A few years ago, scientists discovered that this butterfly can distinguish colors at night, the first nocturnal animal, this is known.

Recently this butterfly revealed another of its secrets: the neural tricks that it uses to see well in very dim light. These tricks, of course, are used by other nocturnal insects, such as Megalopta. Having studied the physiology of nerve chains in the visual centers of the brain, scientists have discovered that Deilephila can see well in dim light, effectively stacking photons that collect at different points of space and time. 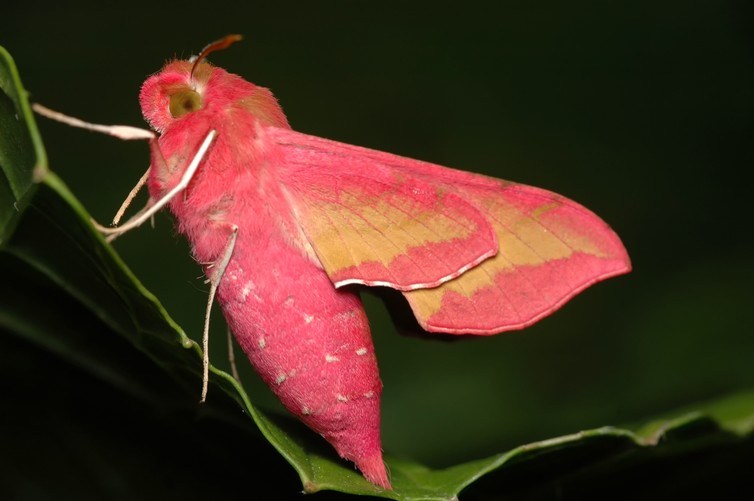 This is a bit like increasing camera exposure in low light. If you let the shutter stay open longer, more light will reach the image sensor and get a brighter image. The disadvantage is that everything that moves fast – like a passing car – will not get permission, so the insect will not see it.

To combine photons in space, individual pixels of the image sensor can be combined into a pool, creating smaller, but larger, “super pixels”. Again, the drawback of this strategy is that even with high brightness of the image it will be blurred and devoid of clear details. But for the nocturnal animal, which tries to live in the dark, the opportunity to see a bright but devoid of detail and a slow world will be better than not seeing anything at all (and this is the only alternative).

Physiologists have shown that the neural summation of photons in time and space is extremely useful for night defilephiles. With any intensity of night light, from twilight to stars, the summation significantly increases the de-leil’s ability to see clearly in dim light. In fact, thanks to these nervous mechanisms, de-lefila can see with 100 times more dim light than otherwise. The advantages of summation are so great that other night insects, too, very likely rely on it to see well in the night.

The world observed by nocturnal insects may not be as sharp or well resolved as that seen by their active day relatives. But the summation ensures that it will be bright enough to intercept the prey, fly to the nest and avoid obstacles. Without this ability, they would be as blind as all of us.